2017 brought some crazy fitness trends with it, including skateboarding Pilates, mermaid classes, and my personal favorite, goat yoga. 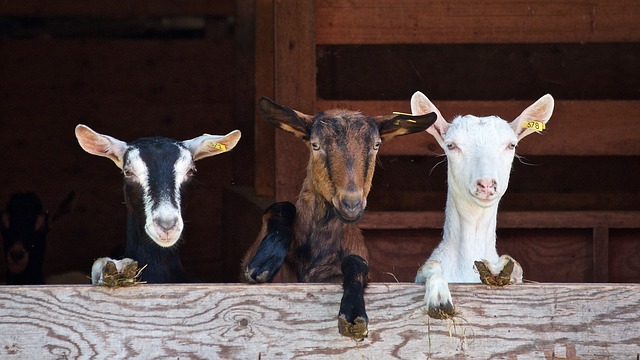 People have been practicing yoga for over 5,000 years. Known for its positive benefits on the mind and body, yoga can be used to enhance strength, mental well-being, and overall health. There have been many modifications and variations to techniques through hundreds of years of practice. For example, Hatha yoga is one of the more gentle forms of yoga for beginners. Vinyasa yoga focuses on flow, and getting your heart rate up. Bikram yoga is more structured, and performed in a heated room in order to increase blood flow. With so many different styles of yoga appearing every year, it is not a surprise that bringing animals into the workout sphere has become a trend. Enter, goat yoga.

In the past decade, people use animals in therapy more than ever before. Human-animal interaction releases Oxytocin, which is commonly referred to as “the love hormone.” It reduces stress and induces feelings of happiness when released during bonding activities. Furthermore, petting and playing with animals boosts serotonin and dopamine in the brain and decreases cortisol levels. Serotonin and dopamine are responsible for impulse control and mood moderation. Lower levels of these chemicals results in an increased risk of depression and risk-taking behaviors. The hormone Cortisol is released in response to stress. Goat yoga combines these effects with yoga for a double dose of relaxation. Some health benefits from goat yoga include enhanced mood, lower blood pressure, and heightened flexibility.

What Is Goat Yoga?

Goat yoga classes are held in a group setting, and miniature goats are present during the class. The goats are free to roam, snuggle, jump up, and play with yoga participants as they transition from pose-to-pose. Goats are playful animals, and they have a reputation for climbing. It is not uncommon to see a tiny goat jump on the back of a yogi during downward dog. Participants with illnesses, such as anxiety, depression, and even cancer, have reported the benefits of goat yoga. It is hard to be sad while surrounded by cute, interactive animals. Many use the yoga as a coping method for whatever stress is present in their life. Adding small animals seems to boost the positive affects that yoga already has on people.

How Did Goat Yoga Begin?

Lainey Morse of Oregon owns a farm in Albany that houses 8 goats. A yoga teacher spurred the idea when she attended a charity event held at Morse’s farm and suggested hosting a yoga class on the property. Morse made an offhanded comment that her goats would want to participate, and the idea took on a life of its own. Now, the waiting list for Lainey’s goat yoga classes is over 1,200 people long! The goats also participate in animal assisted therapy for people with disabilities and depression. Lainey has witnessed how much of an impact the activity has on people. “The most fun part for me is watching people’s faces when a little goat comes up to them while they’re doing a yoga pose. It’s a distraction, but it’s a happy distraction.”  Once the nation caught wind of the concept, goat yoga classes started popping up all over the country.

For More Updates About Recent Health Trends, Follow Us On Social Media!