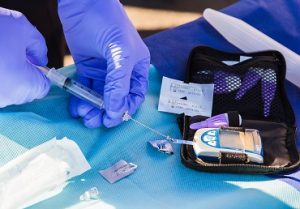 Insulin copays capped due to new Medicare Prescription plans. The savings for Medicare recipients could potentially be hundreds of dollars after the recent announcement at the White House on Tuesday.

Insulin copays could be capped at a maximum of $35 a month starting next year. The total savings from the new insulin benefit is estimated to be around $446 annually. Cost-sharing amounts that previously fluctuated will now be replaced by a manageable amount. The insulin benefit will be voluntary, allowing those who are interested to pick insurance plans that provide the benefit, during this fall’s open enrollment period. Most people who have Medicare will have access to these types of plans.

Why Insulin Copays Capped Due to New Benefit

The stable copays for the insulin are the result of a deal between insulin manufacturers and major insurers, Medicare chief Seema Verma told The Associated Press. “It was a delicate negotiation,” said Verma. Drugmakers and insurers have been at odds in recent years, blaming one another for high prices. “I do think this is a big step.” This issue of insulting cost has been one of the biggest worries for those generally worried about the prices for brand name drugs. With millions of people with diabetes, needing insulin to keep blood sugar levels normal while warding off other complications the cap is sure to bring good news. Verma said 1,750 insurance plans that offer drug coverage to Medicare recipients have agreed to provide insulin for a maximum copay of $35 a month next year. It will be available through “enhanced” plans that can offer supplemental benefits. The cap on copays is expected to lead to a small increase in premiums.

One Step Closer to Lower Cost For Name Brand Drugs

President Trump told Republican senators last week that he wants to pass a bill this year to lower drug costs, stating “I think you have to do it,”. Currently, there is Bipartisan legislation pending in the Senate that would limit price increases and reduce costs for older people with high drug bills.

What do you think about the new Insulin cap? Leave your comments below on the exciting news!