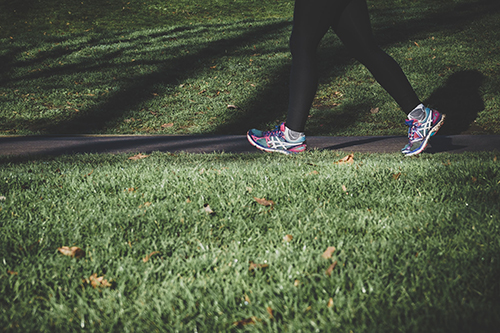 How Walking Makes Your Brain Better

After many gyms closed during COVID-19 neighborhoods around the country came alive with people getting reacquainted with the pleasures walking. Walking is a form of exercise that requires no membership, no special gear, and no athletic ability. It turns out the benefits of walking go far beyond burning a few calories but also optimizing brain function. Neuroscientist Shane O’Mara, author of In Praise of Walking: A New Scientific Exploration, believes that regular walking unlocks cognitive powers of the brain better than most exercises. Many great thinkers, such as Aristotle, Charles Dickens, Sigmund Freud, Steve Jobs, and Harry S. Truman, all famously used strolls to open their minds and organize thoughts. Walking makes us less anxious, more creative and improves our memory and mood. In addition, walking with other people can help strengthen relationships.

Our wiring for walking includes a positioning system within the brain similar to an internal GPS, O’Mara explains. In order to go on a walk around your neighborhood, for example, you must have a location in mind. The brain sends a command signal through the spinal cord to move your feet, while the vestibular system stabilizes you in space. Feedback from your movement and feet making contact with the ground tells the brain that it is safe to continue walking. Feedback from your environment constantly updates the brain, specifically the hippocampus region associated with memory, confirming that you are moving in the right direction of your location goal. The Hippocampus is filled with cells known as place cells that tell you where you are. Damage to the hippocampus, such as with Alzheimer’s disease, causes a loss of spatial orientation where you don’t know where you are. When brain activity is compared between a body in motion vs a body not in motion, researchers report brain activity is damped down during non-movement. However, with movement, brain activity increases in the visual part of the brain and uniformly sharpens. Peripheral vision improves and subjects detect moving objects quicker and easier. More blood flows to the brain during movement along with brain-nourishing molecules produced by muscle movement. These molecules called, myosin, enhance the fabric of the connections between brain cells and synapses associated with memory storage.

The average American walks 3,000 to 4,000 steps a day or roughly 1.5 to 2 miles. O’Mara explains that depression falls when more steps are introduced and recommends increasing to 5,000 to 7,500 steps a day. Or, as an ultimate goal, aim for the magic 10,000 steps per day. Walking allows you to participate in low impact exercise with high impact value. It is also much more accessible and easily woven into everyday life versus running for example. Walking is also good for mood, allowing you to briefly stop thinking about problems and achieve a mindless state. It is also beneficial for creative thinking where the brain flickers between two states – one where you are focused on the details and another where you are focused on the big picture. Creative moments happen best when you are able to maintain these two states simultaneously allowing you to “see the forest for the trees,” O’Mara explains. Walking helps to facilitate that flow state well. “When you walk, you spread activity to various parts of the brain that otherwise would have been quiet. The collision of ideas and associations that were just below the level of consciousness now push themselves to consciousness and that’s your new creative idea,” he continues.

We hope this information on How Walking Makes Your Brain Better is helpful. But if you are concerned about excessive depression or health issues consult with your doctor.