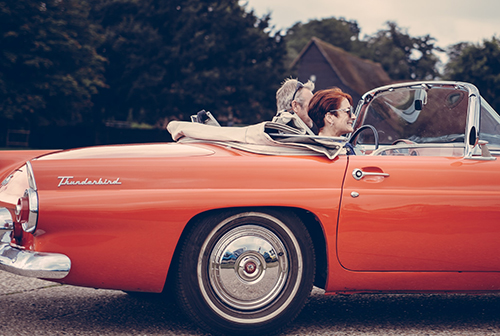 Free Radicals are associated with human diseases, such as cancer, cardiovascular disease, Alzheimer’s disease, Parkinson’s disease, and many others. They also may have a link to aging, which has been described as a “gradual accumulation of free-radical damage.” Substances that generate free radicals can be found in the food we eat, the medicines we take, the air we breathe, and the water we drink. These substances include fried food, alcohol, tobacco smoke, pesticides, and air pollutants.

To get a better understanding of what a free radical is requires a bit of chemistry.

Atoms in our body consist of a positively charged nucleus, surrounded by negatively charged electrons. A stable atom has positive charges that equal to the negative charges, making the atom electrically neutral.

A “free radical” is an atom (or molecule) containing unpaired electrons. Free Radicals are highly reactive and unstable as they seek other atoms to bond with. They can cause damage to lipids, proteins, and DNA and trigger a number of human diseases by “stealing” their electrons through a process called oxidation. If free radicals overwhelm the body’s ability to regulate them the result is known as oxidative stress, or cell damage. When free radicals oxidize important components of a cell, it can lose its ability to function normally and may cause the cell to die. As the body ages, its ability to fight the effects of free radicals declines leading to more oxidative stress, more damage to cells, inflammatory diseases, degeneration, and “normal” age-related declines in health.

Not all free radicals are dangerous, in fact, they are crucial to the process of oxidizing nutrients from food into chemical energy. Free radical accumulation, however, is harmful. Free Radicals directly impair cell membranes and DNA leading to cell mutation when they are present in disproportionate amounts. This causes new cells to grow erroneously, which means free radicals are associated with cancer. Free radicals are also linked with age-related health problems such as hardened arteries, diabetes, and even wrinkle formation.

Although Free Radicals are produced naturally in the body, lifestyle factors such as X-rays, ozone, alcohol, cigarette smoke, air pollutants, industrial chemicals, and certain medications to name a few, accelerate free radical production. Free Radical content is also high in nutrient-poor food that can become oxidized such as fried food and processed meats like sausage and bacon. Red meat is particularly vulnerable to oxidation because of its high iron content. 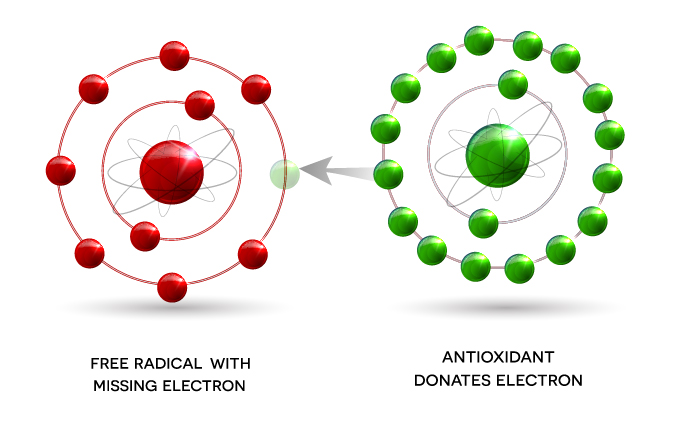 Antioxidants are molecules that prevent oxidation of other molecules. They are known as “free radical scavengers” and work to either:

Antioxidants are unique molecules as they are stable enough to donate an electron without becoming free radicals themselves. In addition to naturally occurring in the body, antioxidants are found in a variety of plants in the form of vitamins A, C and E, selenium, glutathione, beta-carotene, and plant estrogens called phytoestrogens. The body cannot manufacture these micronutrients, so they must be supplied in the diet. Many foods are rich in antioxidants such as berries, soybeans, citrus fruit, nuts, colorful produce including carrots and dark green leafy vegetables. Green tea and red wine are also loaded with antioxidants.

Plant-based food is the best way to increase antioxidants in your body, according to the Mayo Clinic. People who are interested in fighting free radicals should avoid common sources such as pollution and fried food rather than invest in supplementing with artificial antioxidants. There is debate on the effectiveness of antioxidant defense against free radicals, especially in the form of supplements, and research is ongoing.

A healthy diet and exercise is the first step, but if you are concerned about free radicals it is recommended to consult with your doctor to learn more about Free Radicals, Antioxidants, and Disease.