U-Haul became the most recent company to enforce nicotine-free hiring. Now, these hiring policies are legal in 21 states, amid much backlash. Of course, some smokers are claiming U-Haul doesn’t have a reason for a smoke-free environment. Alaska Airlines was one of the first companies to enforce a nicotine-free workplace, this includes vaping. They based their policy on the simple fact that their industry wasn’t conducive to taking smoke breaks. Similarly, other companies are following suit and stating health concerns and costs.

Nicotine-Free Hiring: Is it Ethical? 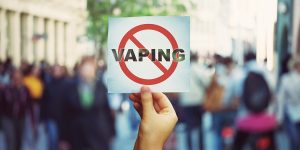 One expert says the policy raises ethical concerns. He claims this rule targets poor people as almost half of unemployed people smoke. Citing the difficulty of quitting, Harald Schmidt of the University of PA says the ban on smoking only makes it harder to find work. He claims many unemployed people already have difficult lives, no need to make it any harder on them. On the other hand, Karen Buesing advises many employers on their smoking rules. She says employers are simply looking out for the well-being of their employees. While there are concerns regarding productivity, the risk of cancer and lung disease is the real problem.  Further, Buesing points out that there are greater healthcare costs for smokers. This is obviously something companies want to avoid. One study found the estimated “corporate cost per smoker…to be in the thousands of dollars” each year. Tobacco is the most preventable cause of cancer and lung disease. Employers point out that it’s unfair for them to have to foot the bill for those health costs.

How are Workers Fighting Back?

Many companies don’t even know they can reject applicants for being smokers. But in some 29 states, as well as D.C., companies don’t have this option. In recent years laws have been enforced that will allow smokers this “off-duty” privilege. In 2017, over half of U.S. smokers felt they were being discriminated against for their habit. Further, non-profit Workplace Fairness 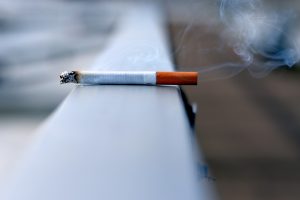 believes that addiction as a disability can make this ban problematic. Critics took it one step further saying that companies should be able to hire based on alcohol consumption too. They insist companies can’t ban one substance due to health concerns and not ban others. Comparing dangerous “substances” to dangerous activities, many critics say their employer can’t dictate their personal choices. Although the policy will not apply to U-Haul’s existing employees, they intend to find a way to weed out smokers during the hiring process.