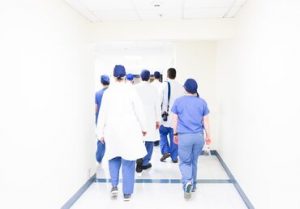 21 states and the District of Columbia give more to the United States Treasury than they receive back in Medicaid funding, and 29 states receive more funding from the government than they give.

The states of California, Florida, Illinois, Minnesota, New Jersey, Virginia, and Washington give the most money to the Federal Government, sending at least $3 billion per state. Alabama, Arizona, Kentucky, Louisiana, Mississippi, North Carolina, and South Carolina receive $3 billion more than they give to the federal treasury.

In summary, Medicaid expansion is something that could be on the horizon for states who need more federal income to sustain economically. The ACA Medicaid expansion intends to lower the uninsured rates among lower-income adults. It also provides an option for people who do not have access to employer coverage to purchase private health coverage on their own.

At the beginning of the Coronavirus pandemic back in March, the Trump Administration provided states with enhanced Medicaid funding due to the national emergency to help states get the equipment they need to be able to handle all things COVID. That is classified as Medicaid spending, while the additional resources some states receive is for Medicaid expansion spending, which varies state by state.

We hope this information on Low-Income State Medicaid Funding is helpful.