Skip to content
Home » Health » What Disappears If Obamacare (ACA) is Overturned? 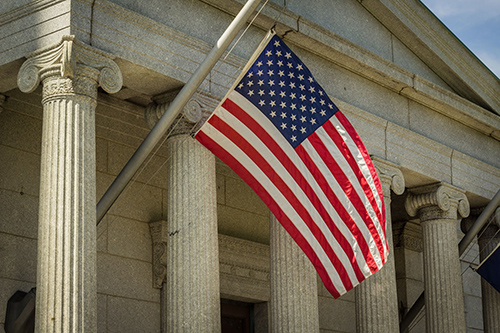 What Disappears If Obamacare (ACA) is Overturned?

In July, three 5th Circuit judges in New Orleans heard arguments about whether Obamacare (ACA) is constitutional. The federal appeals court is expected to issue their ruling on the case – State of Texas v. USA – any day now. At issue is whether the ACA was invalidated by Congress’s 2017 decision to reduce the penalty to zero for failing to obtain health insurance. Texas argues that since the individual mandate was initially justified as an extension of Congress’s power to tax, it is no longer constitutional without a monetary penalty. The individual mandate is so inseparable from the rest of the law that the whole thing must fall, Texas argues. Regardless of the 5th Circuit court decision, experts believe the case will be headed to the Supreme Court for a final decision. Making this the third time the Affordable Care Act has been challenged in the nation’s highest court.

Trump administration health officials have said they will continue to enforce the health law, pending a final ruling from the Supreme Court. That is not to underplay the stakes here. If the Supreme Court agrees to hear the case and rules the ACA unconstitutional, it would have a dramatic effect on the U.S. health system. And not just for those 20 million Americans whose coverage directly flows from the marketplace.

Which of the provisions consumers have become accustomed to would vanish if the law were eventually struck down? Let’s take a look.

The following is from Kaiser Health News:

Most people think the health law directly affects only those Americans who purchase their own insurance through the exchanges the law created (and who get subsidies if their incomes are between 100% and 400% of the poverty level). That’s about 10 million to 12 million households.

But many of the insurance protections in the law also protect those who have insurance through their jobs. These provisions include allowing adult children to stay on their parents’ health plans and requiring that insurers cover people who have preexisting health conditions at no additional charge to those patients. The law also requires that ACA-compliant policies provide preventive care with no out-of-pocket cost, and bans annual and lifetime insurance coverage limits.

It also limits insurers’ amounts of profit and administrative expenses. That makes for a lot of chaos right there should the entire law disappear. But there is more.

Most people with a passing familiarity with the health law know it expanded the Medicaid program for those with incomes up to 138% of the poverty level (at least in states that opted into the program).

The law also made big changes to the Medicare program, including closing the notorious “doughnut hole” that left some seniors with big drug bills despite having insurance. The ACA also extended the coverage of more preventive benefits for people with Medicare coverage.

An important, though frequently overlooked, portion of the health law created the first legal framework and regulatory pathway for copies of expensive, already FDA-approved biologic drugs, called biosimilars, to reach the market. Biologic drugs are among the most expensive medications and treat life-threatening ailments such as cancer, rheumatoid arthritis, and macular degeneration. It is unclear what would happen to the stream of biosimilars already approved if the law is struck down ― will their approvals be revoked? What about medications currently in the approval pipeline?

Among other little-known features of the ACA is a provision that permanently authorized the U.S. Indian Health Service, which provides health coverage for more than 2.5 million American Indians and Alaska Natives. An overturn of the law could leave in doubt the legality of some of the program’s operations.

Here’s one more provision you may not have thought about. On the theory that if more people have health insurance more people will seek medical care, the ACA has an entire section devoted to increasing the supply of not just physicians, but nurses, therapists, dentists and community health centers. Many of these training programs could founder if the ACA is overturned.

And those now-ubiquitous calorie counts on restaurant menus? Those are there because of the ACA. Some people may not be sad to see those go away. But if the ACA is invalidated, the health system will likely change in ways that no one can predict.

Got questions about Obamacare (ACA)? We Can Help.

Empower Brokerage wants to help you understand what coverage you need and how to save money when getting it. We want to help you stay on top of your health. CALL US at (844) 410-1320