Homelessness in America has hit an all-time high as of late. There are now approximately 167,000 homeless people on the west coast alone. With that, diseases once thought dormant have returned with a vengeance. President Donald Trump warns that leaders must take action “to clean up these hazardous waste and homeless sites” in San Francisco. Like many others, President Trump believes the city will “rot away” if we don’t do something about this crisis. This goes for many other cities across the nation, as well. 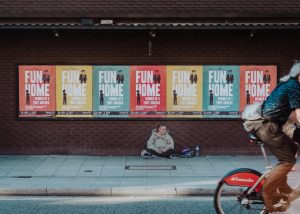 For years, political leaders and activists have blamed housing costs for the rise in homelessness. The West Coast is proof of this: oftentimes 1-bedroom apartments run $2,000 per month. Low-income individuals have a much harder time paying for stable housing in these areas. However, unsheltered homelessness is often a result of addiction and/or mental illness. Particularly in larger, highly-populated cities, there is extreme drug consumption and used needles litter the streets. On the other hand, mayor of Seattle Jenny Durkan believes that only “1 in 4” homeless cases are due to drugs and alcohol. Further, some political leaders don’t even mention addiction as one of the main causes in their cities. In Los Angeles, however, a study confirmed that mental illness and addiction “are much more pervasive…than officials have previously reported.” In one study, substance abuse was found among 75% of LA’s homeless population, despite only 14% being reported. The numbers for mental illness proved almost the same. We hesitate to blame homelessness on one’s mental state or addictions, but studies prove it’s certainly accurate.

Infectious disease last known in the middle ages is resurging among homeless populations throughout the nation. A typhus outbreak plagues Los Angeles recently, thanks to infected fleas on rats and other animals on the streets. Hepatitis A hit Southern California, as well as Midwestern states with excessive drug use and homelessness. Contaminated sidewalks and weakened immune systems with limited access to health care endanger homeless individuals. Although these infectious diseases aren’t limited to the homeless population, the lack of proper hygiene causes diseases to hit them the hardest. Typhus and Hepatitis A outbreaks are more common in over-populated and trash-filled areas.

What Is Being Done?

Unfortunately, homelessness is only prevalent in certain areas that still keep our national numbers high. These areas typically have permissive policies on “public camping, drug consumption, and property crime.” This only drives homeless populations to these areas more and more. Many major cities find that their homeless population has “migrated” there from other areas. It’s time that political leaders accept the causes of homelessness and enforce changes. Reducing housing costs is only one solution, for only a few individuals. While it would be a good start, the bigger issues need to be addressed first. New housing developments will only temporarily help someone get back on their feet. More complex human challenges of mental illness and addiction need to be fought before real change can be made.