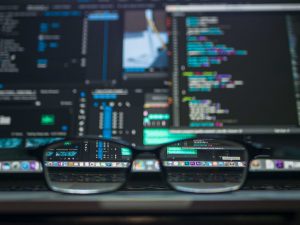 In the past few months, Apple has made many strides to help improve the health industry. From the creation of Apple Technology, the expansion of its R&D, and even easier access to your health records, Apple has continued its contributions in the health field. As Apple CEO Tim Cook stated the greatest contribution “will be in the health area.” From the creation of the Apple watch and other useful apps to track health, Apple has indeed kept its promise with continuing the push. So where to from here? What’s the next step in Apple’s help to contribute?

Since 2016 Cook has stated, “Health is a huge issue around the world and we think it’s ripe for simplicity and a new view,”. Since then Apple has implemented software that makes it easier for people to track and maintain their own health. The focus currently is on tools that help customers monitor as well as manage health. Some believe emerging technology could be a key to understanding Apple’s next move.

One huge stride in tech has been in 3D printing. One of the big tech events of 2019 was when doctors in Tel Aviv were able to 3D print a small human heart using a patient’s own cells. It wasn’t functioning but with Apples ability we can’t be too far from a breakthrough.

Augmented reality has helped doctors train for surgeries that are more difficult than others. With more advancements, we can have better odds of success without risking lives.

With current patient monitoring abilities, patients won’t have to be cooped up in a hospital room for doctors to monitor health.

Being able to access your private information has become easier without jeopardizing security. From cloud-based programs to apps,  Apple will be able to increase security while still making patient access easy.

Machine vision intelligence helps monitor blood loss in operating procedures as well as Ibex second read system which detects breast cancer. With further development, these machines’ abilities can be expanded to the most common types of health surveillance.

This might seem like wishful thinking but Apple is already a lead developer in most technologies. With a focus turned towards providing better health, the vision of contributing isn’t too far out of sight.