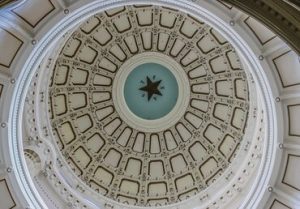 Governor Greg Abbott made a big announcement last Tuesday in Lubbock, as he declared that Texas lifts its mask mandate effective today, March 10. According to the executive order signed by Abbott, in addition to the mask mandate being lifted, businesses will be allowed to open at 100 percent capacity as well.

Individual businesses will still be able to enforce their own policies on capacity limits and mask requirements, and most are expected to do so. The Dallas Mavericks and Dallas Stars, who both play their home games at the American Airlines Center, have said they will be abiding by the CDC guidelines for their games through at least the rest of the season. The Stars are allowing 5,000 fans in the arena, while the Mavericks are at about 1,500. The AAC’s full capacity for is approximately 20,000 depending on the event being held.

While Abbott is loosening the restrictions, “Removing statewide mandates does not end personal responsibility,” he said. “Today’s announcement does not abandon the state practices that Texans have mastered over the past year. Instead, it is a reminder that each person has their own role to play in their own personal safety.”

On Twitter, Abbott cited a few reasons why this decision came now as opposed to waiting  longer including the vaccinations per day, which reached an all-time high of 216,000 on Tuesday. He also noted that hospitalizations and the increase in positive cases are the lowest they have been in four months, and that all Texans know the practices to keep themselves safe despite the mandate being lifted.

Texas is one of five states in the country to remove their mask mandate. Mississippi also announced Tuesday that their restrictions would be lifted, while Montana and Iowa both lifted theirs in February. North Dakota allowed their mask mandate to expire at the end of January.

County Judges will have the ability to use COVID-19 mitigation strategies if their hospital region goes above 15 percent total capacity for seven consecutive days, but will not be able to mandate restrictions in their jurisdiction. According to Abbott, 7 million vaccinations will have been administered by the end of the week.

We hope this information on Texas Lifts its Mask Mandate is helpful.