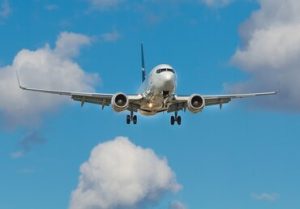 A new study conducted by the United States Department of Defense and United Airlines says air travel is safe during the Pandemic. According to the study, as long as everyone is wearing a mask on the airplane, the chance of contracting the virus is slim to none, according to a report from ABC.

Over approximately six months, researchers ran 300 tests with a mannequin on a United plane. They attached the mannequin to a generator containing aerosol to replicate breathing and coughing. Each experiment releases around 180 million particles, which is approximately the amount that thousands of coughs would produce. The movement of the particles was examined via sensors placed throughout the plane.

“99.99% of those articles left the interior of the aircraft within six minutes,” United Airlines CCO Josh Earnest told ABC. The International Air Transport Association reported 1.2 billion passengers have traveled by air in 2020, and only 44 of them have gotten COVID-19 via air travel.

This comes after multiple leading experts in the United States have warned against traveling for Thanksgiving, including Dr. Anthony Fauci who is the country’s top disease expert. According to the director of the Centers for Disease Control and Prevention Dr. Robert Redfield, small gatherings are fueling a surge in coronavirus cases in speaking with state governors.

Experts did say, however, that flights are the least of their concerns.

According to this study, airplanes are very safe to be on as long as one wears a mask and practices proper social distancing. The main worry is about family gatherings where social distancing isn’t being practiced. With the weather turning cooler and it getting dark earlier outside, activities are increasingly moving indoors which gives the virus a better chance to spread from human to human in a contained area.

It is a tough ask for families to separate during the holidays, especially for Thanksgiving and Christmas, but if conditions do not get better over the next four to six weeks, our nation’s leading experts are asking us to do just that. But, as long as you wear a mask, flying is one of the safest modes of transportation at this point.

We hope this information on Air Travel is Safe During the Pandemic is helpful.

If you’d like to learn how we can help you plan your retirement, call Empower Brokerage to speak to one of our Life and Annuity experts (888) 539-1633