Skip to content
Home » Health » Advice To Carry Into The New Year: Get Your Health Right in 2020 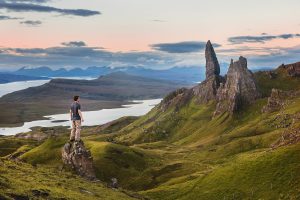 According to The Week, there was great health advice to carry into the new year. There were also plenty of things to try and avoid to maintain the upkeep of your body. From playing soccer to running more, and eating high fiber foods to avoiding certain drugs, foods, and even habits that should die. Today we will look at some of the best advice given and see how you can benefit in 2020 from following some of these suggestions.

Take The Advice and Avoid

The tips shared in the article don’t all suggest doing certain things. Some suggest avoiding bad habits like taking too much Aspirin. This can significantly raise the chance of bad bleeds in your gut or skull. Although taking the blood-thinning drug can prevent heart attacks and strokes, British scientists found that the drug taken daily can raise your chances of significant bleeding by 43%. A French study found that eating ultra-processed foods like chicken nuggets, potato chips and ready to eat meals was linked to a 14% higher chance of early death. A big trend that has been going on over the last two years is vaping. the smoking cessation has been studied by Pennsylvania scientists noting the damage it can do to blood vessels as well as clogging blood flow.

What do you think about the list? Any tips or advice for starting the New Year off right? Comment below and help fellow readers perfect their health!