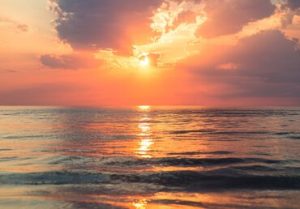 Daylight savings time ends on Sunday at 1:59 a.m., which brings up the case for Daylight Savings Time being a permanent fixture in the United States. The clocks fall back one hour to standard time, giving us an extra hour of sleep. However, it will get darker an hour earlier.

One of the main arguments for making Daylight Savings Time a permanent thing in the United States is the lack of sunlight for four months. In some northern states, the sun will set before 5 p.m., making for some very short days. There are clear links between the lack of sunlight and an increase in depression rates over the winter months that the clocks are rolled back. Especially in a pandemic year where tensions are already high, it would only make sense to suspend the implementation of the fall back and stay on the current timeline we are on. While there is less sunlight as it gets later into the year, having that extra hour of sunlight during the day could make all the difference in the world.

J.P Morgan Chase also reported that when the clocks fall back, consumer spending drops an estimated 3.5 percent, which causes an obvious dip in the economy.

The arguments for keeping Daylight Savings Time permanent just make sense. Soon, we could be living in an America where we don’t even have to change our clocks because time stays the same. This would benefit everybody to keep a uniformed time. With Hawaii and Arizona already not participating in it, 32 states have filed legislation to follow suit and make DST permanent.

We hope this information on DST is helpful.