Skip to content
Home » Health » What Is the Tax Cuts and Job Acts? 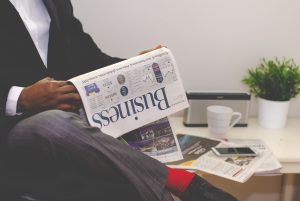 Tax reform’s coming full force as Republicans try again to pass legislation that could possibly end the Affordable Care Act. The first move was made nearly 2 months ago with the Senate Republicans plan for a 1.5 trillion dollar tax cut. Republicans believe with their new tax cut, there will be a refreshing economic growth. This would be enough to offset any deficit impact. Let’s go over the changes in taxes with the GOP plans.

What is the TC and JA?

The big surprise came last Thursday with the unveiling of the GOP’s Tax Cuts and Jobs Act (TCJA). The TCJA consist of a set of proposed changes to the corporate and individual tax system, while also being built off the 1.5 trillion dollar tax cut that I previously referred to. When looking ahead to the future it seems this plan could go into effect as early as Thanksgiving.

What is the TCJA Legislation?

Some of the legislation that comes with the TCJA is the proposed fourth marginal tax bracket on high-income earners.  There will also be new individual tax brackets across the board. More details on the tax brackets can be found here. Another point of the legislation is the removal of the State and Local tax deduction, in hopes to deduct those taxes from the federal bill. There would also be a cut to 20% on corporate taxes, which was previously at 35%. The ability to receive student loan deductions would be one of many different items on the TC&JA agenda. Some of the other items being termed are medical expense deductions, moving deductions, and alimony payment deductions.

How the TCJA will affect the ACA

The strange part about the GOP proposal is the lack of any provisions to try to repeal the ACA individual mandate. The mandate that requires all Americans to have affordable individual health insurance. If the GOP decide to add more changes, we can be mindful that they might deteriorate the ACA. These type of provisions could undermine the individual insurance market. In the first week of open enrollment, numbers for the ACA have increased more than 33% from last years numbers. We don’t know what will happen next with the GOP bill, but be sure to stay tuned in for updates throughout the month.

Since insurance is oftentimes overwhelmingly confusing, we want to shed light on this industry by answering YOUR questions.  So if you have any questions or concerns, comment below and your question may be the topic of our next post!