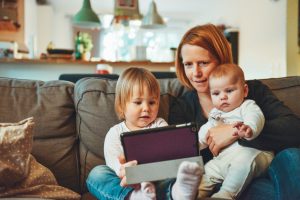 Good news for those with CHIP. On Monday, the Senate passed a bill extending the funding for the Children’s Health Insurance Program (CHIP) for an additional six years. With having no funding for 114 days, this news will help millions of children from losing their coverage. Since both the House and President Trump agreed to the extension, we should no longer have to worry about the survival of the program during this budget war. So what does the refunding of the program mean for children’s healthcare? Today, I’m going to go over what the results of the CHIP compromise were and why it went away in the first place.

If you didn’t know, the Children’s Health Insurance Program (CHIP) is low-cost health coverage to children in families that earn too much money to qualify for Medicaid. The program provides coverage for close to 9 million kids and counting. With its creation in 1997, CHIP has gained an enormous following with no less than a million children since its first year. States, such as Texas, California, and New York, make up an enormous chunk of the recipients. Both Republican and Democratic parties see the necessity of the CHIP program, and both have supported it in the past. So why is it that it took 114 days to get funding for the program?

How Was the Budget Refunded?

Congress finally refunded CHIP after it was held hostage in a battle between political parties. A 5-year extension was first proposed last year by the Republican party. However, Democrats felt that the proposal would cut a lot of significant spending from Obamacare programs and Medicare. When a compromise wasn’t created, the program was left in limbo, slowly running out of funding. Late last December, Congress gave short-term funding for the program. This short-term solution, however, would only last a few months. With funding running out, 16 states were seemingly going to lose all funding by the end of January. Luckily, that is no longer the case. Now that CHIP has been refunded, supporters should rest easily. With extra funding for the next 6 years, we can get aid to those who cant afford their children’s insurance. Stay tuned over the next few weeks in order to see the future of the congressional budget.

If you know someone in need of assistance or may be able to qualify for the program, have them call a local agent or go to https://www.medicaid.gov/chip/index.html. Stay tuned over the next few weeks to see the future of the congressional budget and to get updates on the CHIP resolution.