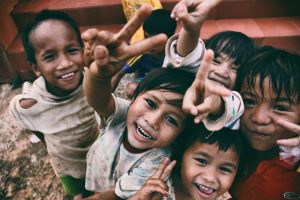 With only a few days left, it seems that CHIP will begin to lose funding before Congress resolves the issue. The Children’s Health Insurance Program (CHIP), originally expected to last through March, may be coming to an abrupt stop. It was just announced today that at least 20 states could run out of funds by January 19th, according to the Centers for Medicare and Medicaid Services (CMS). When Congress originally approved an extension, the extension would supposedly last through March 31st. There are over 9 million children on the program at risk of losing coverage. Today, I’m going to give you the most up to date information on the CHIP funding crisis.

A report by Georgetown University suggests that by February 1.7 million children in 21 states will be at risk. Some of the states at risk include NY, PA, FL, GA, CA, VA, AL, CO, WA, NV, MO, KY, MT, UT, ID, CT, AZ, LA, SD, MN, and DC. Even with the $2.85 billion extensions passed before the December recess, it seems it will need more than a temporary fix. President Trump tweeted, “CHIP should be part of a long-term solution, not a 30 Day, or short-term, extension!” This may be a result of the Republican party’s suggested bill to increase the program’s funding for 6 years.

This bill suggested by House  Republicans this week to help prevent a government shutdown also included a plan, involving extra funding on the CHIP plan. Extending CHIP to 10 years would actually save close to $6 billion dollars over the decade. Estimated to be more than $800 million for a 6-year plan, you might wonder how extending the program will make it cheaper. According to one congressional staffer, the program will be more generous than current insurance plans, and the cost will be much more favorable down the road.

Regardless of how its done, CHIP needs to be kept up and running for the millions of lives it helps. If you know someone in need of assistance or may be able to qualify for the program, have them call a local agent or go to https://www.medicaid.gov/chip/index.html. Stay tuned for an update on the CHIP resolution here at Empower Brokerage.