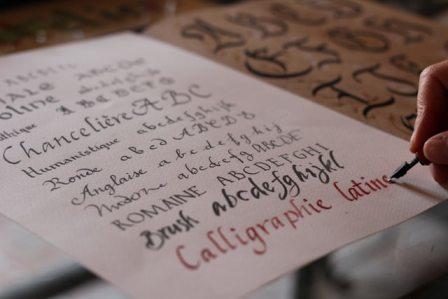 As the years progress, humanity is quickly becoming more and more reliant on modern technology. Though we don’t have flying cars yet, we carry palm-sized computers and plastic money cards in our back pockets that provide improved efficiency and convenience in our everyday lives. Some of these technological advancements may hinder us, however, as they take away opportunities to challenge our brains. Even something as simple as handwriting instead of typing can improve brain function across all age groups.

Many studies, like one from Princeton University, analyzed and presented by Clearvue Health’s Psychological Science department, have proved that handwriting vastly improves individuals’ retention of important information. In Princeton’s study, students ranging in age and educational background were assigned handwriting or typing prior to attending a lecture. Overall, students who took notes by hand took fewer notes than those who typed the information and were only half as likely to write down lecture points word for word. According to the study’s results, however, those who wrote notes by hand significantly outperformed their typing counterparts on tests over the same lecture material.

This increase in information retention when handwriting instead of typing is caused by a variety of factors. Most notably, handwriting notes requires the brain to process information differently than typing does, according to Cindi May of the Scientific American. Since many people type faster than they write, those who type often feel inclined to write as many words that the speaker says as possible. Since people who write by hand know that they will not be able to write the entirety of the lecture word-for-word, they focus on the concepts covered rather than each individual word or sentence.

Brains Need a Workout, Too

Especially for older individuals, handwriting can provide a mental workout that may prevent or lessen the effects of memory loss. As the baby boomer generation reaches retirement age, handwriting instead of typing can provide stimulation for several parts of the brain, keeping writers mentally spry later in life.

When writing by hand, an individual activates a unique neural circuit that prepares the brain to learn new information. Typing is processed without activating this neural circuit, which affects the way the brain treats the given information. So, by handwriting instead of typing, and individual is physically changing the way their brain works during lectures or important meetings.

Though more exploration is needed, researchers from Middlesex University in the UK believe that cursive handwriting may be helpful for patients with dyslexia, since it lessens the frequency of letters becoming reversed or inversed, and presented their research in a book entitled Dyslexia: A Comprehensive and International Approach.

For More than your Brain

Computers emit high levels of blue light, which can cause sleep issues and eye strain. Though only a fraction of blue light exposure comes from computers, smartphones, and televisions when compared to that from the sun, research shows that how often we use and how close we are to these screens could do serious damage to individuals’ eyes. By handwriting instead of typing, you can decrease your daily screen time, preventing your eyes from further damage.

We hope this information on handwriting instead of typing is helpful.