Skip to content
Home » Health » Gearing Up for Bicycle Season

As the weather gets warmer, bikers will be gearing up for bicycle season. However, drivers also need to gear up for bicycle season. So often we as drivers are not used to sharing the road with bikers. However, this could prove costly as lives are at stake: traffic accidents killed more cyclists between 2016 and ’18 than over the previous 25 years.

A Spike in Fatalities 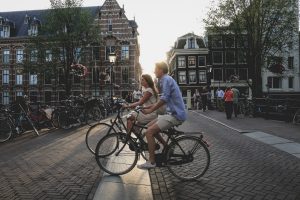 The rate of deaths among cyclists is the highest its ever been since the introduction of proper bike networks/trails. While bigger cities are the main places being affected because of their different methods of transportation, anyone can be at risk. Three main things are contributing to this:

From 2016-’18, eight men died for every one female cyclist killed in California. The simplest fix to all the bicycle fatalities is reducing speed limits. Along with getting a handle on speed, cities need to understand the importance of safe bike routes. Cyclists and drivers can share the road, as long as there is somewhere designated to bike safety. Cyclists aren’t allowed to ride on the sidewalk but we can’t expect them to feel safe riding along with large, fast-moving SUVs.

There are a few precautions cyclists should be taking at all times when riding: reflective gear, helmets, and pads, as well as having an emergency kit on their bikes. However, drivers should be 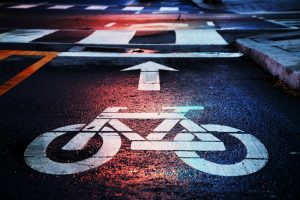 the ones practicing safer habits. There are too many distracted drivers out there risking the lives of pedestrians and fellow drivers. New technology on cars is often good at detecting blind spots, but that doesn’t always extend to cyclists and pedestrians. The main concern during a driving test is being aware of your surroundings. We can’t let drivers get too comfortable and stop doing this. There is hope that technology will improve and be able to detect pedestrians or cyclists, but we should be able to rely on the common sense of our drivers. And, as with anything else, the more bike riders we see, the more aware drivers will be when looking to switch lanes or make a turn.