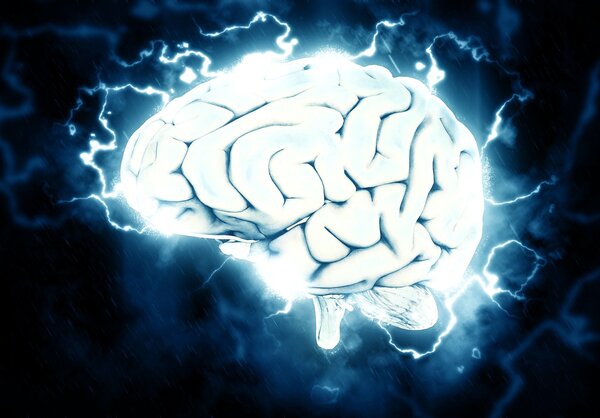 Photo by TheDigitalArtist on Pixabay.

From Brain Signals to Sentences

The scientific community is rejoicing at this latest development: researchers in California just announced that they were successful in converting a speech-impaired test subject’s brain signals into full, fluid sentences. According to Dr. Edward Chang, the senior author of the study, this is the first known “successful demonstration of direct decoding of full words from the brain activity if someone who is paralyzed and cannot speak.” The results of the study have given hope to many who suffer from difficulty communicating.

The study, known as “BRAVO” (Brain Computer Interface Restoration of Arm and Voice), involved a man in his late 30s that had been paralyzed due to a severe brainstem stroke that occurred over 15 years ago. The stroke left him with limited mobility in his head, neck, and limbs, robbing him of his ability to speak. Before the study, he communicated mainly by using a pointer attached to a baseball cap that he would use to poke at letters on a screen.

Dr. Chang and his research associates implanted electrodes into the speech control center–the cerebrum–of the aforementioned subject’s brain. They worked with the man to create a 50-word vocabulary bank with words like “water,” “family,” and “good,” which Chang and his team were able to pair with brain activity patterns through advanced computer algorithms. To test this approach, the researchers had the volunteer repeat sentences created from words in his vocabulary bank, and they would record the subsequent neural activity. He was then asked short questions such as “How are you today?” and “Would you like some water?” After hearing the questions, the man responded via computer screen: “I am very good” and “No, I am not thirsty.”

How was this incredible feat possible, you ask? The researchers translated using brain signals that were intended to control muscles of the vocal system for speaking, rather than the signals to move the arm or hand for typing. This approach, known as speech neuroprosthesis, taps into the fluid aspects of speech, which promises more rapid and natural communication for the speech impaired.

By successfully intercepting and translating brain signals associated with speech-related muscles, the team determined that their implanted electrode system could decode words from the subject’s neural activity at a rate of up to 18 words per minute with up to 93% accuracy. Similar to what is used in commercial speech recognition software, an “auto-correct” function is attributed to the success of the technology.

Chang and his team are currently working on increasing the vocabulary and rate of speech of their technology, as well as expanding the trial to include more test subjects with paralysis and communication deficiencies. With hard work and time, their efforts could contribute to the full restoration of speech for millions upon millions of people.

We hope this information on communicating through translated brain signals is helpful.