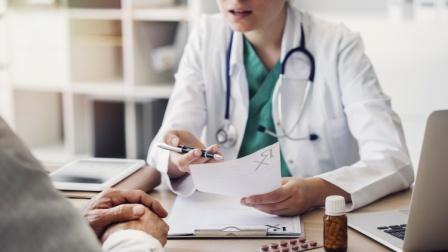 Under the ACA, insurance providers cannot discriminate based on pre-existing health conditions. Trump’s proposed mandate will keep this policy in place.

In an August 7 news conference held at his Bedminster, New Jersey golf club, President Trump revealed that he is actively pursuing an executive order that will require all insurance companies to cover patients with pre-existing health conditions. Under the Affordable Care Act, it is currently illegal for insurance companies to refuse or inflate the cost of care for those with pre-existing conditions, so the mandate would act as a “second safety net” to ensure that this ruling remains in place.

“As an executive order, it hasn’t been done before,” Trump explained in a White House press conference on August 10. “We want to be able to assure people that pre-existing conditions are always taken care of.”

Trump’s statement comes just over two years after the start of Texas v. United States, which challenged the ACA following Congress’ decision to nullify the shared responsibility payment through the 2017 Tax Cuts and Jobs Act. The case resulted in the elimination of the ACA’s individual mandate, which required all Americans to have health insurance since the 2017 act eliminated the penalty for not holding a current policy. Now, the Supreme court has agreed to view the case and determine whether the rest of the ACA is still constitutional. Oral debate could start as soon as this fall.

As of November 2019, 62% of Americans wanted the Supreme Court to maintain the ACA protections in place for people with pre-existing health conditions, according to KSN. Pre-existing conditions range in severity but are usually chronic or long-term. Some common examples include diabetes, chronic obstructive pulmonary disease (COPD), cancer, and epilepsy. In the pre-ACA individual Marketplace, insurance companies could claim lesser ailments, like asthma or acne, as pre-existing health conditions. Some companies even claimed pregnancy before enrollment to charge higher rates or refuse coverage, altogether.

Empower wants to help you get the best insurance for your needs and the most for your money. We want to help you stay on top of your health.
CALL US at (844) 410-1320.