A study done by Harvard Medical School researchers finds possible origins of Autism. According to the study out of Massachusetts General Hospital, the brains of young men with autism have low levels of a certain protein that contributes to inflammation and metabolism. This recent discovery gives new insight into the possible origins of autism spectrum disorder (ASD). This disorder affects one in 59 children and yet many questions still surround it. 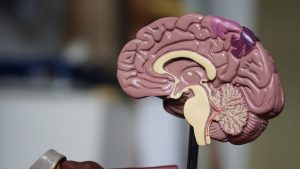 ASD is “a developmental disorder that emerges in early childhood and is characterized by difficulty communicating and interacting with others.” The cause of ASD is still unknown, but it continues to be linked to inflammation of brain tissue. This “neuroinflammation” consists of elevated levels of a substance called translocator protein. This protein can be located and measured via PET scans or MRI’s. Harvard’s study is the first to use a new generation of PET “tracers” that can more accurately detect TSPO. The study was conducted by scanning the brain of 15 young adult males on the autism spectrum. These were both high-functioning and low-functioning subjects, compared to 18 healthy control subjects around the same age. Investigators initially thought they would see increased levels of TSPO in autistic subjects. Instead, however, the scans showed lower levels in men with ASD. The most severe cases showed the lowest levels. The test was completed again months later and showed the same results. The regions of the brain with low levels of TSPO are believed to control social and cognitive capacities such as emotions, facial expressions, relating to others, etc.

A Harvard instructor and study leader recognizes that “TSPO does more than serve as a marker of inflammation.” In fact, it can actually promote brain health. The proper amounts of TSPO are required for the regular functioning of mitochondria. Past research has even linked malfunctioning mitochondria in brain cells to ASD. Harvard researchers intend to study the brains of deceased donors in the future to determine which brain cells in ASD patients may have mitochondrial dysfunction. Recent studies have led researchers to new beliefs and hypotheses, now they are looking to further their studies.