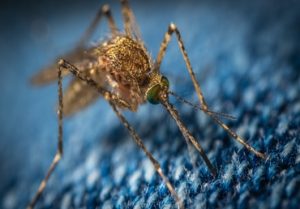 Everyone knows that mosquitoes spread infectious diseases, especially those of us that live or grew up near coasts like me. The company Oxitec is trying to solve that problem by releasing 750 million genetically modified mosquitoes into the Florida Keys and Harris County, Texas.

Recently, the federal government gave the company approval to conduct this experiment in Florida and Texas, but the local governments of the locations in which they wish to do this have not approved the experiment yet. The company has been trying for quite a long time to make this happen. Back in 2016 they tried and failed to get approved, and they are back up to take another swing at it.

There has also been significant backlash from local governments with people criticizing the experiment as a waste of time and tax dollars that could be better utilized for the COVID-19 pandemic. The Florida Keys Environmental Coalition Director also claimed that the company has refused to provide proof that their experiment would be safe.

When Is It Going To Happen?

The experiments have been approved by the federal government to be conducted between 2021 and 2022. Oxitec plans to slowly release 750 million GMO mosquitoes over the course of months while monitoring population levels of the most dangerous variety of mosquitoes. This experiment could be good for people since mosquitoes spread illnesses, but the ecological effect is still unclear and could end poorly. However, this can only happen if local authorities approve the research.

Empower wants to help you get the best insurance for your needs and the most for your money. We want to help you stay on top of your health.
Give us a call at (844) 410-1320.