Skip to content
Home » Health » What Does the $1.3 Trillion in the Latest Spending Bill Fund? 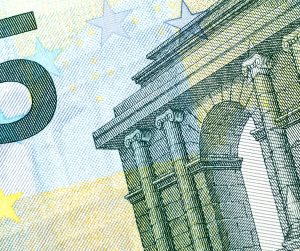 What Is the Latest Spending Bill Funding?

With a vote to pass a $1.3 trillion spending bill, the government is now funded through September 30th. With over 2,000 pages, the bill is slowly approaching approval. What can be in the massive bill that it cost $1.3 trillion? Today, we will cover the In’s and outs of the Government Funding Bill and where your money is going.

The spending bill, stopping another Government shutdown, made its way to the President’s desk. The bill is receiving bipartisan support. Some key notes in the bill came with the increase of military spending by $80 billion, while also receiving an additional $63 billion in domestic spending. The funding on the defensive side includes a 2.4% raise for members in the military and a whopping $144 billion for Pentagon hardware. The bill allocates $1.6 billion for the creation of barriers and secondary fencing along the U.S.-Mexico border. Now, there is funding for U.S. Customs and Border Protection, something the Trump administration has been fighting for since he took office. Democrats retaliated with limitations on hiring new ICE interior enforcement agents and on the number of undocumented immigrants the agency can detain.

A funding increase of $3 billion went to combat the opioid epidemic. With a huge increase of $4.65 billion agencies will help states and local governments on efforts to provide prevention, treatment, and law enforcement initiatives. Additionally, $10 million was given in funding to boost abstinence education. Meanwhile, $3 billion was allocated to medical research for the National Institutes of Health. A $2.3 billion increase in funding went towards child care for low-income families. Finally, a $1.1 billion increase for the Centers for Disease Control and Prevention.

There are many other things in the bill, from measurements for background checks when purchasing a gun to election security – both of which have been hotly debated lately. While the bill does provide necessary funding for organizations and departments, it still excludes or under-funds other issues. For a detailed explanation of the bill, click here. The President announcing displeasure with the bill was shocking after previously supporting it. He even stated that he was considering a VETO because of the lack of help for DACA and under-funding his wall; it will take some time before we know if the President stamps the bill with his “John Hancock.” Stay tuned for more updates as the situation progresses.