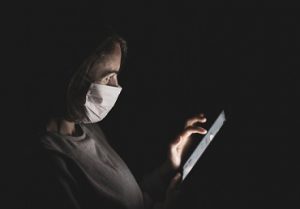 14 million workers hit by the COVID-19 virus are eligible for subsidized healthcare from the marketplace or Medicaid, regardless of if they are planning to accept unemployment compensation. This is according to a report released by the Urban Institute, whose findings help us identify those in vulnerable job industries such as retail, restaurant, hotel, entertainment, dry cleaning, home health and daycare, and transportation services.

14 million eligible for Medicaid or Marketplace

In the study, there were many findings besides the 14 million eligible for Medicaid or Marketplace insurance. One of the other key findings that came out of the study was that about 60% of the 23.8 million workers in the most vulnerable industries and their family members not enrolled in public insurance coverage or employer coverage through a less vulnerable industry prior to the COVID-19 crisis would be eligible for health insurance financial assistance if they lose their jobs. The other was that the vulnerable workers and family members are more likely to be eligible for Medicaid or CHIP in expansion states (37% versus 14% in non-expansion states if they receive unemployment compensation) due to expanded eligibility. The differences are even more pronounced if the workers do not receive unemployment compensation (57%  versus 20%).

Unemployed But Not Eligible

Those who do receive unemployment compensation still might not be eligible for programs such as Medicaid, CHIP, or a subsidized ACA plan. One reason might be that their income is too high. Another could be their status when dealing with immigration. Those who were uninsured before the pandemic can’t apply if there is no state or federal special enrollment period. Around 75% of those vulnerable workers without unemployment compensation in expansion states will be able to access a publican plan but in not expansion states only 42% have that option.

In conclusion, researchers have provided many solutions to increase the ability of the unemployed to receive insurance through this crisis such as a new special open-enrollment period for ACA marketplace plans nationwide, increased federal funds for Medicaid support, expanded Medicaid eligibility in the remaining 15 non-expansion states, and more subsidization of marketplace coverage.