Skip to content
Home » Health » What Happens When You Wake Up on the Operating Table? 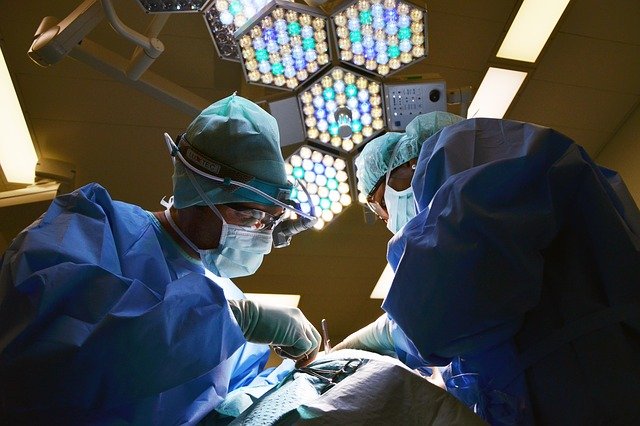 With October in full swing, like many others, my mind has shifted to the macabre. In fact, I’m of the belief that it’s not spooky season without indulging a little morbid curiosity.

On that note, I recently learned about an incredibly disturbing phenomenon that takes place in the medical world known as anesthetic awareness. Anesthetic awareness is a rare circumstance in which a person undergoing a surgical procedure becomes aware of their body and surroundings. Sometimes, whilst floating in painless oblivion, the anesthetized patient can hear the voices of the surgical team, feel pressure, smell chemicals, taste blood or plastic tubing, sense the overhead light through their eyelids, and the like. However, for the unlucky ones, the paralytic components of their anesthetics remain effective while the pain-reducing components do not. In this nightmare scenario, the patient becomes fully aware of what’s happening when the scalpel meets their skin, however, they are unable to signal the surgical team to stop operating as they have been chemically immobilized. These patients then undergo surgery (which is sometimes hours and hours long) feeling every tear, slice, stitch, and stab that the surgeon makes.

Before reading further, please note: I spent a significant amount of time mulling over how to go about writing this article, wondering how to tackle the subject matter responsibly whilst maintaining the true terror expressed in the personal experiences of those affected by this phenomenon. It is not my intention to sensationalize suffering, nor do I want to scare people out of seeking necessary medical attention. I do intend to raise public awareness on this issue and provide readers with a few tips on how to prevent experiencing it for themselves.

Donna Penner, a Canadian woman in her fifties, is one of the unlucky ones. Around her forty-fifth birthday, she elected to have exploratory surgery to decipher the cause of her debilitatingly painful, heavy periods. She recounts feeling anxious about the operation beforehand but never had issues going under general anesthesia before, and so she figured that her pre-op nerves were unfounded. The day of her surgery, she was wheeled into the operating theater where she was administered anesthesia and drifted off to sleep. As she woke, Penner could feel a medical assistant scrubbing down her bare stomach and assumed that the operation had been completed. Then, the lead surgeon asked a nurse for a scalpel. It “dawned on her: the operation wasn’t over. It hadn’t even begun.” The first incision was made low on her abdomen. The pain was “excruciating,” but when she tried to sit up, wiggle, speak, open her eyes, or scream, her body failed to respond. By that point, she says, “I tried to cry just to get tears rolling down my cheeks, thinking that [the team] would notice that something was going on. But I couldn’t make tears… I felt so… so powerless.”

When the torture only intensified, she assumed she would die. As she regained her full faculties, the tears finally came rolling, only then, it was too late. The operation had been completed, however, a significant part of her still lives on that table. “That pain, the fear, the sense of absolute helplessness, all still linger to this day.” The experience was so traumatic that she eventually lost her job and financial independence.

Other victims of anesthetic awareness recall similar experiences to Penner’s. In a study conducted by the British Journal of Anaesthesia, a plethora of horrifying anecdotes were collected from patients with confirmed cases. Here are six of them…

“I was still trying to move and all I could manage was a shoulder shrug. I heard one of them say ‘he’s coming out of it—give him some more.’ I was paralyzed again, but still felt and heard everything.”

“I was screaming in my head. Things like ‘don’t they know I’m awake?’ …I was so afraid of dying and my family having to be notified and how sad I felt…”

“Hands were moving things inside my body. My heart and breathing were arrested.”

“[I heard the doctor say] ‘cut deeper, pull harder.’ I was doing a combination of praying and pleading and cursing and screaming, and trying anything I could do but I knew that there was nothing that was working… I thought, well, maybe I’ve been wrong about my life, and I’m in hell. [When I woke up screaming,] all I could say to anyone was ‘I was awake! I was awake!’”

“The pain was unlike anything I thought possible… There were two parts I remember quite clearly. The first [was when the surgeons reamed] out my femur to make room for the rod. I heard the drill, felt the pain, and felt the vibration all the way up my hip. The next part was the movement of my leg and the pounding of the ‘nail…’ into my leg.”

“That day I was wheeled into the anesthetic room, a drip was inserted in my hand and a mask [placed] over my face. I lay back, closed my eyes, and expected to fall asleep slowly as I always had before. But, after a few minutes, I could still hear the doctors talking and realized something was wrong. …I knew they would have to make several deep cuts in my stomach. My mind was racing. Feeling the knife cutting into my stomach, I thought I would die immediately. It’s impossible to describe the pain but I felt as if I was being tortured.”

Unfortunately, when it comes to anesthetic awareness, insult is often added to injury. The results from this study demonstrated that a significant portion (approximately 75%) of awareness sufferers were “dissatisfied” with how they were treated after coming forward with their experiences. More than half of these patients were treated with nonchalance, apathy, or dismissal, and around 16% of them were told that their experience was impossible or that they were lying. Worse still, a small minority of patients were directly blamed by medical staff for their own suffering.

Physician, professor, and chairman of Stony Brook Renaissance School of Medicine’s Department of Anesthesiology, Dr. Tong Joo Gan, is one of the many mindful practitioners working to relate to sufferers and end this unique form of patient torture. He says “one of the most effective ways [to prevent] this problem is to raise awareness of this problem, no pun intended… We educate our staff, anesthesiologists, and anesthesia care providers to let them know that this problem does exist, and therefore, it is important to take steps as well as understand the patient to try to prevent it.” It is also worth noting that there is a robust gauntlet of mandatory educational modules that every prospective anesthesiologist must take. These modules cover anesthesia awareness in depth—why it happens, how to detect if it’s happening, how to reduce incidents of awareness, and how to treat aware patients post-operation.

It’s not difficult to imagine why sufferers of anesthetic awareness would require extra care even after physically recovering from surgery. Patients may suffer from post-traumatic stress disorder (PTSD) long after the event itself, requiring various degrees of mental health treatment, slow re-integration into normal life, formal apologies on behalf of the operatory staff, and monetary compensations. Other victims simply desire validation and compassion from their medical team rather than having their experiences dismissed. In some cases, even the promise of a post-op investigation performed by the medical team is all that is needed to assuage the patient’s concerns.

The Science (and Art) of General Anesthesia

Switching back to a more personally authorial perspective, please be aware that events of anesthetic awareness such as the ones recounted above are incredibly rare. Evidence suggests that you’re much more likely to die on the operating table than you are to wake up paralyzed.

I don’t know if you’ll see that as a comfort, but I know I did.

Furthermore, anesthesia is a vital part of the miracle of modern medicine. We undoubtedly stand on the shoulders of thousands of brilliant scientists who made it possible for us to fend off the angel of death as we do now. I am nothing but grateful that I will never have to smoke opium before a root canal, knock back a bottle of hard liquor and bite down on a stick before an excision or bone setting, or ingest hemlock to survive the pain of childbirth.

Even still, our advanced knowledge of medicine doesn’t make the job of creating the perfect combination of surgical anesthetics any easier. A pharmacopeia of various drugs is required for different types, lengths, and stages of operations. Plus, each patient presents a specific biochemical puzzle to the specialist. For instance, age, height, weight, lifestyle, tobacco and alcohol use, anything can alter the efficacy of anesthetic drugs. Some people even have genetic resistance to common anesthetics while others may be incredibly sensitive. People who are resistant to some drugs could be sensitive to others, and vice versa. To make matters even more complicated, sometimes problems occur during surgery that interfere with dosage and timing. If a patient is bleeding too much, for example, a specialist “could be forced to use a lower dose of anesthetic for the patient’s own safety.”

Daily, millions of anesthetists work miracles by making it possible to receive life-saving surgeries without experiencing any pain. The job is so difficult, the stakes are so high, and each case is so elusive that it would be unrealistic to think that there wouldn’t be patients who slip through their trained fingers.

As stated in this article, “this all makes anesthesia as much art as science, and in the vast majority of cases, it works astonishingly well.”

Still worried about waking up paralyzed on the operating table? There is no catch-all solution yet, but there are preventative measures you can take to avoid having a personal experience with anesthesia awareness.

We hope that this information on anesthetic awareness is helpful for you.