The effects of bullying on teenagers and adolescents

Before we can get into this topic, we first need to define “bullying.” The American Psychological Association defines bullying as “a form of aggressive behavior in which someone intentionally and repeatedly causes another person injury or discomfort.” Bullying can take the form of physical contact, words or more subtle actions. It can be dangerous for both the bully and the individual being bullied. Bullying can have real, long-lasting effects on both individuals.

Stopbullying.gov, A federal government website managed by the U.S. Department of Health and Human Services, says “Bullying can affect everyone—those who are bullied, those who bully, and those who witness bullying. Bullying is linked to many negative outcomes including impacts on mental health, substance use, and suicide.”

Effects of bullying on the bullied 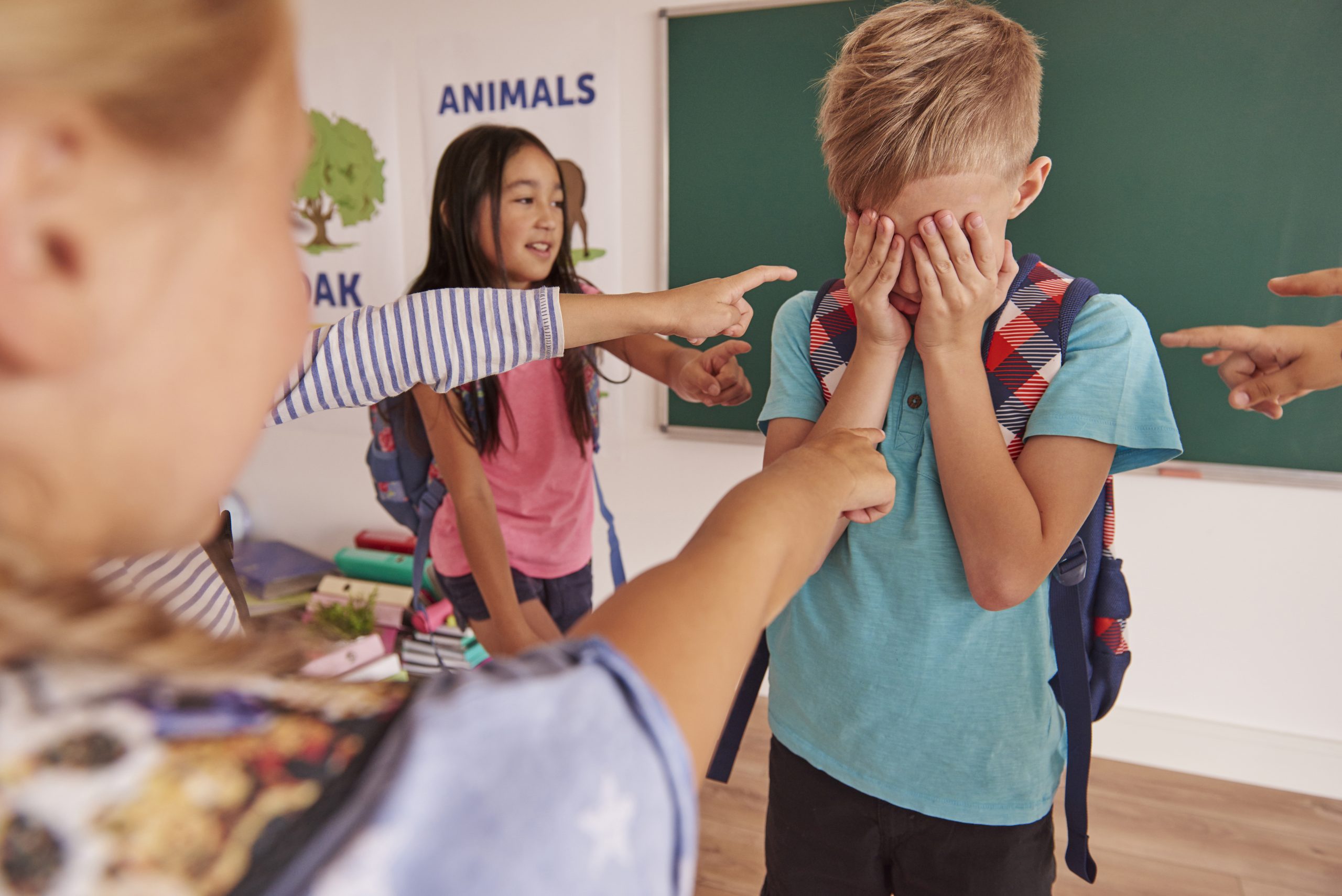 Bullying has long-lasting effects on one’s mental health. People who are bullied tend to suffer from mild to serious mental health issues that can persist through adulthood. Individuals who were bullied also commonly experience:

“A very small number of bullied children might retaliate through extremely violent measures. In 12 out of 15 school shooting cases in the 1990s, the shooters had a history of being bullied.” states the U.S. Department of Health and Human Services.

Effects of bullying on the bully

Because there is typically an underlying cause for bullies the effects of bullying can be much more dangerous for the individual. If someone is projecting violence as a way to cope with whatever is going on in their lives then it can typically be a sign the individual needs mental health services. These individuals are also likely to:

The relationship between bullying and suicide

Even though you often see news reports and articles linking suicide to bullying, typically bullying is not the underlying cause and sole reason someone would decide to commit suicide. This is not to say that individuals who are bullied may not have thoughts of suicide, but simply to say most individuals who commit suicide, have other issues at home, school or with their peers outside of bullying. Individuals who are bullied are at a much higher risk of committing suicide, however.

Here are some examples of groups who may be at a higher risk of committing suicide. The risk only goes up when they do not have proper support from parents, peers, and their schools.

If you or someone you know is suffering from suicidal thoughts, call the National Suicide Prevention Lifeline toll free at 1 (800)273-8255 or if you are worried about someone’s immediate safety dial 911. 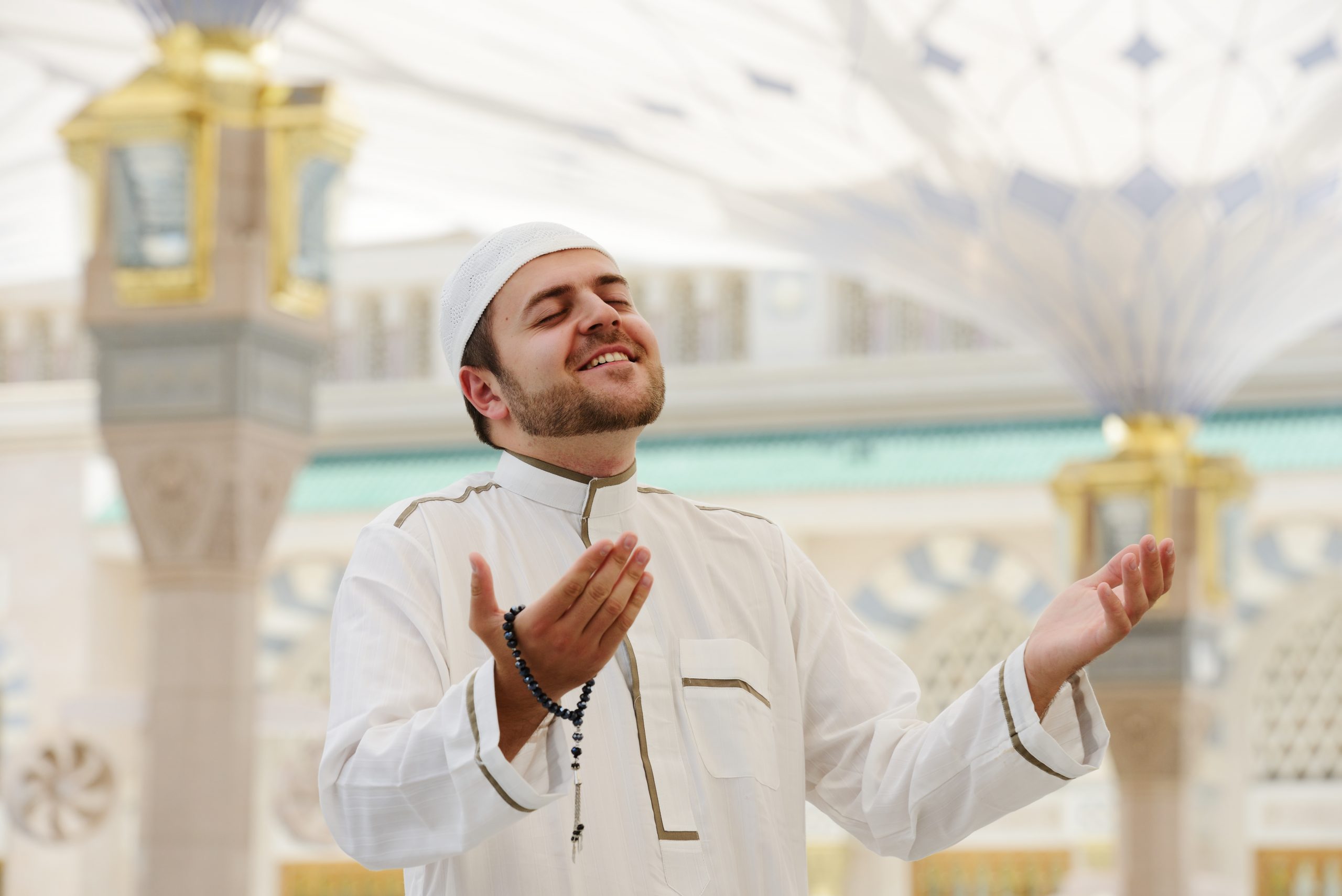 Two main race groups tend to be negatively affected by bullying, Hispanic and African Americans. These two races tend to suffer the most, however, Native Americans, Alaskan Natives, and Asian Americans are close behind. The research is still growing so we are unsure how often or how to severe this kind of bullying is at the time.

Much like race, there is very little research on bullying via religion, except when it comes to Muslim, Sykc or Jewish faiths. As some, or most of the individuals who have faith in these religious wear visible symbols of their religion “For example, Muslim girls who wear hijabs (headscarves), Sikh boys who wear patka or dastaar (turbans), and Jewish boys who wear yarmulkes report being targeted because of these visible symbols of their religions. These items are sometimes used as tools to bully Muslim, Sikh, and Jewish youth when they are forcefully removed by others. Several reports also indicate a rise in anti-Muslim and anti-Sikh bullying over the past decade that may have roots in a perceived association of their religious heritage and terrorism,” states the U.S. Department of Health and Human Services. 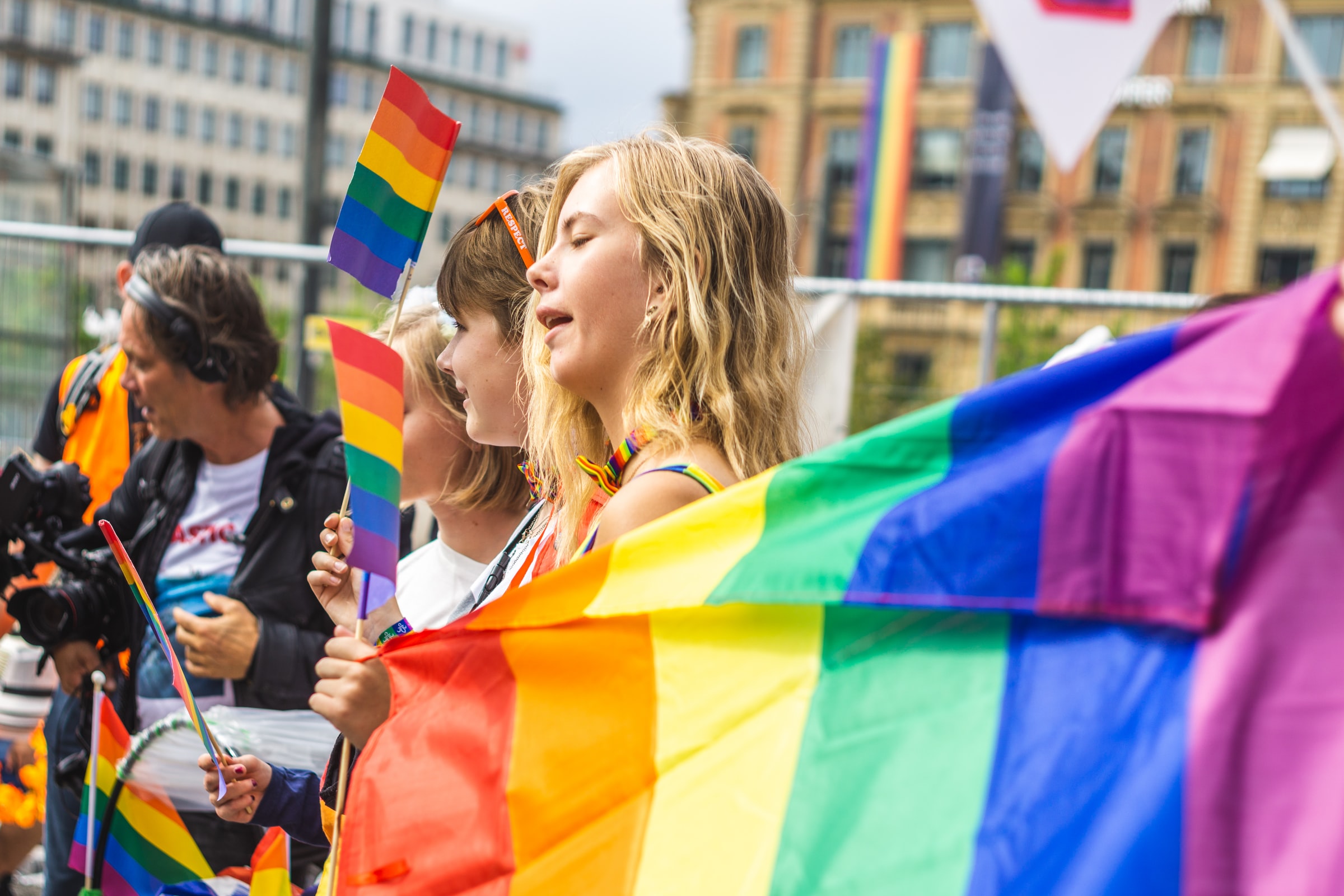 LGBTQ+ Youth have historically been the subject of controversy. Many in this community suffer from bullying and discrimination. I myself, in High School and throughout most of my childhood was subject to targeted bullying as an LGBTQ+ identifying youth.

A study from the Centers for Disease Control and Prevention (CDC) show that people who identify as Lesbian, Gay, Bisexual (LGB) were bullied on school property (33%) and cyberbullied (27.1%) in the past year. That compared to heterosexual individuals at (17.1% and 13.3%, respectively). Additionally, LGB individuals (10%), compared to heterosexual students (6.1%) reported staying home or not wanting to go to school because they feared for their safety. “Bullying puts youth at increased risk for depression, suicidal ideation, misuse of drugs and alcohol, risky sexual behavior, and can affect academics as well. For LGBTQ youth, that risk is even higher,” states the U.S. Department of Health and Human Services.

Being “out” as an LGBTQ+ individual is associated with positive social adjustment, physiological and growth. Research also shows that it does the same for LGBTQ+ Youth. However, being “out” as an LGBTQ+ youth has been shown to increase the risk of bullying, even the perception of one’s sexual identity can be, and has been a means for bullying. 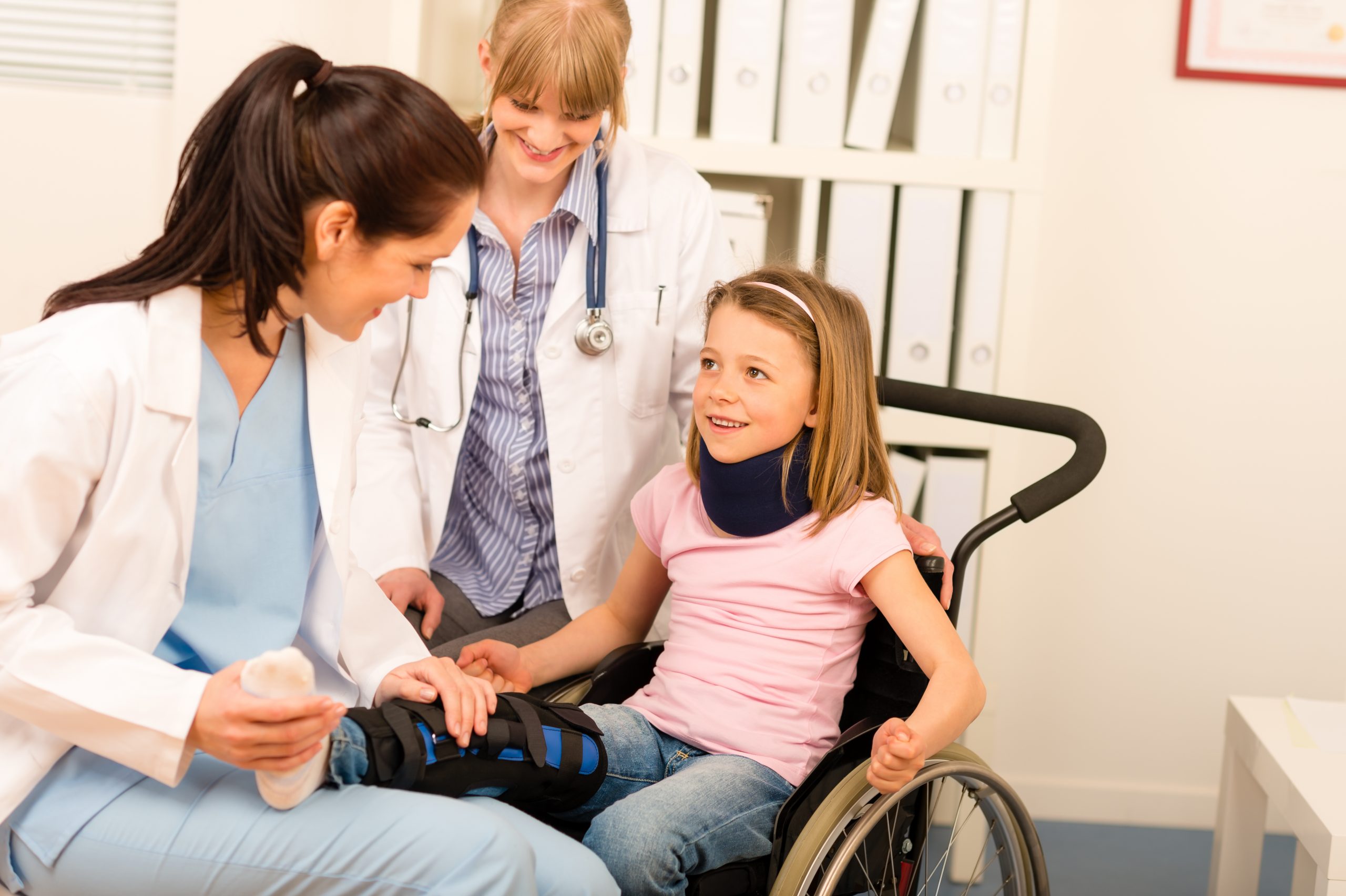 Individuals with special needs and those who have some type of disability are at significantly higher risk of being bullied, and in some cases, even the bully. “Children with disabilities — such as physical, developmental, intellectual, emotional, and sensory disabilities — are at an increased risk of being bullied. Any number of factors —  physical vulnerability, social skill challenges, or intolerant environments — may increase the risk. Research suggests that some children with disabilities may bully others as well,” states the U.S. Department of Health and Human Services.

Bullying in this instance is typical because of a perceived difference, whether physical or mental.

Bullying is serious, and something that we as a nation need to help stop. Bullying does not have to be our future, nor should it be. Not only does bullying have long-lasting effects for everyone involved, but it can also leave one in a devastating emotional state where they may feel they have nothing to live for. If you or someone you know is suffering from suicidal thoughts, call the National Suicide Prevention Lifeline toll free at 1 (800)273-8255 or if you are worried about someone’s immediate safety dial 911.

Let’s work together to stop bullying.