Skip to content
Home » Health » The History of Immunization 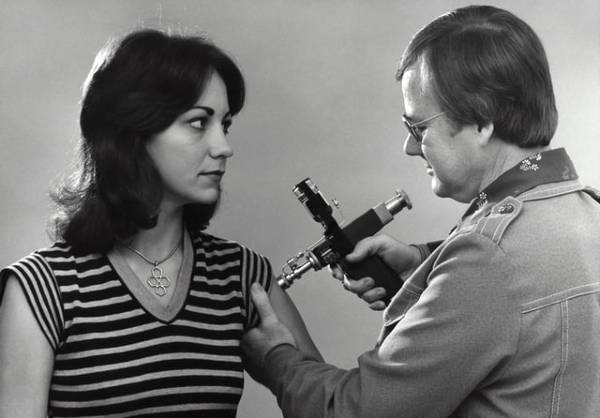 Photo from the CDC on Unsplash

Over the past year, there has been a lot of talk regarding vaccinations, especially during the ongoing COVID-19 pandemic. With many vaccine recipients boasting selfies with their filled-out vaccination cards and proudly bearing side-effects, and new medications being developed in record time, it is not hard to forget that immunization has been a prominent discussion for thousands of years. The vaccination process has obviously come a long way, so let’s take a moment to look back on the history of immunization.

Though the exact date is unknown due to a variety of reported origins, some sources claim that early forms of inoculation started as early as 200 BCE in China. Most reports of these early inoculations, however, come from China in the 15th and 16th centuries, in which smallpox scabs would either be ground to a powder and snorted up the nose or matter from within smallpox boils would be rubbed into deep scratches made in a patient’s skin.

By 1796, Edward Jenner had begun testing a similar process in Europe. Jenner studied arm-to-arm inoculation, which consisted of taking one blister from one individual infected with cowpox and implanting it in the skin of another. By the early 1800s, this process had spread to the young United States. Those undergoing this arm-to-arm inoculation process could expect three weeks of devastating side-effects. As trying these weeks of fever, chills, and expelling bodily fluids of all sorts were, however, they were seen as a welcome alternative to death by smallpox.

This process largely remained the height of vaccination progress until the late 1840s, when general scientific knowledge had advanced enough to accommodate more scientific vaccine production measures. After the founding of the smallpox vaccine, scientists around the globe rapidly began finding new solutions to long-standing illnesses.

Most traditional vaccines still mimic this arm-to-arm inoculation process, albeit in a less unpleasant manner. When the body is injected with either a weakened form of a disease or an imitation disease, the body’s immune system and natural defenses kick in and learn how to effectively attack these foreign particles. Then, when full-strength virus or bacteria particles enter the body, the immune system already knows how to identify and attack them and can better fight the disease off.

The newest vaccine, which helps fight against COVID-19, is the first of its kind: an mRNA vaccine. While the Johnson & Johnson vaccine follows traditional methods, both the Moderna and Pfizer vaccinations teach the body’s defenses to create, recognize, and destroy a replica of the protein found on COVID-19 molecules’ spikes. Many scientists believe that we will begin to see more of these revolutionary mRNA vaccines in the future.

Key Vaccine Discovery Dates Through the History of Immunization:

We hope this information on the history of immunization is helpful.