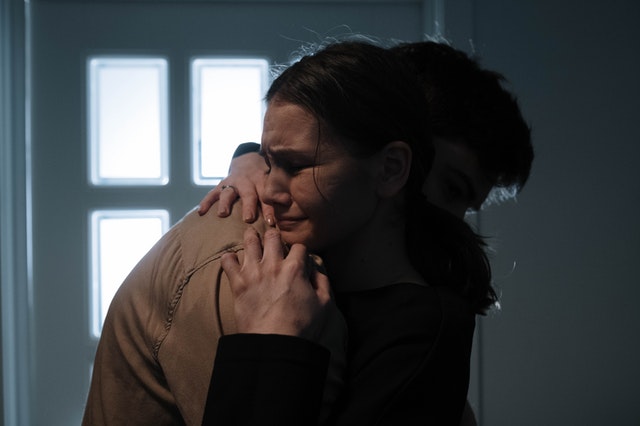 US citizens struggle under the enormous burden of increasing medical debt.  Photo by cottonbro on Pexels.

It’s no secret that Americans have long been plagued by medical debt that they cannot afford.  A single trip to the doctor can end up costing hundreds or thousands of dollars even with insurance, and patients are frequently left without any form of aid or debt forgiveness.  What can easily be the worst day of a person’s life is often met with a figurative “better luck next time,” and a bill with lots of zeroes.

The topic of exorbitant medical debt in America became more open to global public discourse when the UK-based YouTube channel, PoliticsJOE, released a video in which an interviewer asked British citizens on the street to guess the average costs of routine procedures and prescriptions on US soil.

“So if you’re poor, you’re dead,” said one shocked interviewee after being asked to estimate the average price of a single inhaler (which is about $150).  Their awe only grew as the interviewer had them guess the prices of ambulance rides, childbirth, epi-pens, IUDs, and more.

The video, aptly titled ‘True cost of US healthcare shocks the British public,’ went viral, earning well over 4 million views and nearly 50,000 heated comments.  It premiered on YouTube in December 2019 shortly before COVID-19 took the world in its grip.

PoliticsJOE just barely missed the report of a lifetime.  The pandemic has acutely intensified the problem of lofty US medical expenditures by leaps and bounds.  Credit Karma reported a $45 billion spike in American medical debt from May 2020 to March 2021.

Dr. Sara Collins, an economist associated with the Commonwealth Fund, told NBC News that “incomes haven’t kept pace” with medical costs and that “when middle-income people are stuck with large bills, they are resorting to extreme measures to cover those bills.”  Among those extreme measures are the emptying of savings accounts and retirement funds, borrowing money from family and friends, racking up credit card debt, pawning off belongings such as clothing, furniture, jewelry, and vehicles, crowdsourcing, and more.

Perhaps the most extreme of debt-easing financial measures is bankruptcy.  More people than ever before have resorted to declaring bankruptcy to see their medical bills paid, a process that reduces or eliminates outstanding debt by liquidating property, wiping credit scores, and handing the filer’s finances over to the court system.  The consequences of bankruptcy are long-lasting and make it difficult for the filer to be approved for any credit-based ventures in the future, such as taking out a home loan, getting a stable job, and establishing utility services.

Furthermore, the Census Bureau reported in 2018 that 70% of all personal bankruptcy filings in the United States were initiated to satisfy outstanding medical bills.  With the aforementioned $45 billion increase in medical debt weighing on the backs of American citizens, there is little doubt that that percentage has increased.

Congresswoman and current Representative of California, Katie Porter, claims that medical debt is not the natural consequence of a person’s fiscal irresponsibility, but builds “as a person seeks treatment, operations, drugs, and doctor’s visits for a health issue they’re trying to survive.”  Porter has further criticized the American health care system by saying that it “[turns] life-and-death matters into a source of sales.”  And continues to do so as COVID-19 rages despite President Biden’s efforts to mitigate its effects.

Kimberly Thomas, a 36-year-old mother and prospective student, is one of the millions currently entangled in outrageous amounts of medical debt after a devastating COVID diagnosis and continuing symptoms.  She told reporters that, in her lowest moments, she’d wished the virus had taken her life instead of lashing her loved ones with the burden of medical debt.  “It’s not fair for my family to deal with it.  I’m glad I’m here now, but I just want people to realize that I didn’t choose to get sick or sick for this long.”

Much like predicted mental health outcomes for post-COVID, it will take years for the American economy to rebound from these healthcare-related blows, on both national and individual levels.  With changes being made to the American Rescue Plan every day, whether or not it’s naive to hope for forgiveness for at least some of those millions of Americans now tethered with medical debt remains to be seen.

We hope that this information on medical debt is helpful for you.