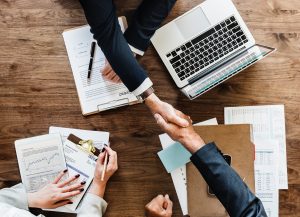 In previous months we have spoken about the multiple mergers happening in the healthcare industry. From CVS and Aetna, Cigna and Express Scripts, to Walmart and Humana, many of the top insurance companies are hoping to expand their reach. These deals have worried some people about the amount of control that some of these companies possess. We haven’t heard much about the mergers, and some even suggest that they won’t happen. Today, we will cover some of the big name mergers happening in healthcare and give you an update on where they each stand.

We still don’t know how the Cigna Merger and Express Scripts will turn out.  The buyout could be blocked by regulators fearing the overwhelming influence this purchase could have on the market. With the acquisition of Express Scripts costing around $54 billion, not including debt, investors could expect it to be well worth it, seeing an estimated return of over 30% by the end of this year alone. Though the buyout is still in the works, the benefits of the merger include increased convergence of funding, coverage, benefits, and more for both Cigna and its customers. The merger also causes other health insurance companies to step up their game.

CVS and Aetna are tackling healthcare head on with not only a health insurer and retail pharmacy merge, but they are also bringing in a PBM. With the $69 billion merger still in the process, we can expect a decision before the AEP. Some of the benefits that would be in favor for consumers are the cheaper drug costs. The merger will be able to lower expenses and offer better services to their patients. Last night, the AMA stated they opposed the merger and claim it is the leading cause of high cost in healthcare. Although there will obviously be those who oppose the merger, the benefits out-weight the risks. CVS would be able to utilize its in-store clinics more, providing better care and tools for patients to manage their health and provide an around-the-clock physician.

Walmart and Humana have been discussing mergers for a few months now, and with a decision soon to come, we can see the benefits already. Located in just about every town and depending on the store type, Walmart’s in-store pharmacies would allow more traffic with a Humana merge. Similar to Aetna, the Walmart merger will reduce the cost for members, creates convenience, and gives customers better management of their health.

There are many who oppose these mergers, and without any real news, we do not know if these mergers will follow through. With pros and cons on each side, all we can do is stay up-to-date with the latest news. Be sure to stay tuned as we continue coverage of these mergers.