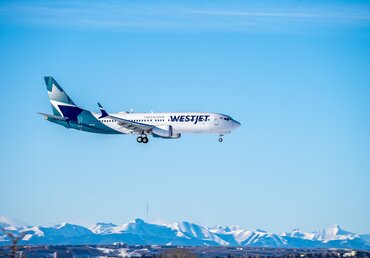 The Boeing 737 Max’s additional issues will see some of the aviation giant’s new jets grounded once again. Boeing announced that they have recommended to 16 customers that they “address a potential electrical issue in a specific group of 737 Max airplanes prior to further operations.”

This is another major blow to the airline industry giant, who saw the 737 Max be grounded for over 20 months due to two fatal crashes just months apart that killed 346 people. The grounding cost Boeing a reported $20 Billion. Southwest, who owns a majority of the 737 Max planes currently in existence, said the new issue would impact approximately 30 of the 58 jets they own while United Airlines said 16 of their 737 Max’s would be impacted. As demand for airline travel begins to pick up again, the 737 Max is expected to be used as a more cost-effective jet than its older 737 counterparts.

CNN Safety analyst David Soucie said that the fact that the jets were grounded indicates that it was a potentially dangerous problem that could have turned catastrophic had the issue manifested while the jet was in the air. After the 20 month grounding due to the safety system malfunction along with the additional electrical issue, Boeing has gone through more than its fair share of issues with their new wave of jets that debuted in 2019. Coupled with the Pandemic bringing air travel almost to a halt, they are eager to get the problem fixed in order to get those jets back in the air.

As COVID-19 cases continue to tick down in the United States along with the increasing rate of vaccinations around the country, air travel is expected to see a spike in 2021 as domestic travel guidelines are relaxed. While it won’t quite return to its pre pandemic numbers, more and more people are planning to travel this year after 12 months of staying at home. the 737 max will play a big role in the travel industry in 2021, and when the electrical issue is solved they will be seen flying all over the skies in the US. However, some countries, most notably China, have not cleared the Boeing jet to fly in their airspace.

We hope this information on Boeing 737 Max’s Additional Issues is helpful.