It’s long been know that football players experience traumatic injuries throughout their careers. Harvard has offered to complete a health assessment post-career for many football players. Jackie Slater, formerly of the LA Rams, is speaking out on the injuries and suffering many ex-NFL players have experienced. “A lot of people forget about [the players],” when football is not actively playing out in front of them. Some information on the tests and Harvard’s findings:

About the Health Assessment

More than 4,100 former football players have enrolled in the program since 2014. Harvard hopes to “yield insights to improve the health and well-being of former and current players” and to further develop ways to prevent these traumatic injuries. Further, it’s important to note that these findings could help other athletes as well as non-athletes. The NFLPA funds the study, lead by former players and their families, along with physicians and scientists. The study suggests playing football can increase the risks of neurocognitive impairment, cardiovascular disease, among other conditions. 2020 marks the beginning of a new head-to-toe assessment. Players will undergo brain and body imaging, sleep studies, and other medical evaluations.

Reasoning Behind the Assessments

While the affects of helmet-to-helmet on the brain has been a major topic, scientists now want to study the entire body. We can’t simply blame one injury for what a player may endure after 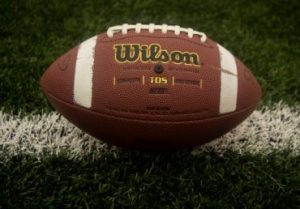 his career, so it’s important to study different organs and aspects of health. Researchers have already confirmed that “early-life weight gain typical of football players” plays a big part in cardiovascular disease, chronic pains, etc. By studying former players both with and without serious medical issues, scientists have noticed significant patterns. Head trauma is still the most troubling condition because it has increased the possibility of depression as well as suicide rates. One idea of the study is to determine how former players’ health compares to that of men who didn’t play. The study consists of 10 men who didn’t play professional football, 5 healthy and 5 with similar conditions as the players. Experts explain that even the heart muscles and arteries have been affected in some players. With weight fluctuating by position, organs and cardiovascular muscles are dramatically affected.

Slater says this is important to him because his own son is currently in the NFL. He says he is pleased with the changes the league has made with their concussion protocol. While Slater and his former teammates want to know what’s going on with them, they are happy to help others. He knows nothing can fix what’s happening to former players like himself. The NFL hopes they can lower the risk for traumatic injuries. 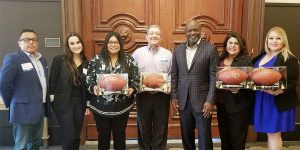