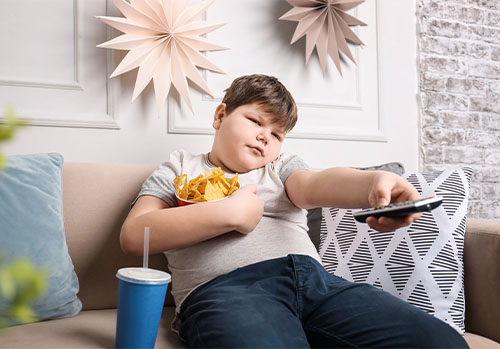 The Effects of Food Advertisements

Childhood obesity is labeled as one of the most serious public health challenges of the 21st century. Televised food advertisements play a major role in influencing children to eat ‘fun’ foods that are usually dense in sugars and fats. We have all experienced weakness at the sight of a food advertisement from our childhood at some point in time− thank you, willpower! These advertisements are designed to be enticing, making your mouth water while you yearn to indulge in the glorified, edited, and falsified food options. Seeing these ads today makes you wonder how these fun, colorful ads for fast food and delectable snack cakes affect younger generations and their eating habits.

How Younger Generations are Affected by Food Ads

Advertisements are created to spike the interest of their target audience by using a variety of tools that are appealing to the viewer. Younger generations are an easy target market as they are psychologically impressionable and easily influenced by the things that they see on TV and the internet. Advertisement agencies use cartoon characters, silly songs, and bright colors to grab their attention, increasing the likelihood of children asking their parents to buy the item. Although sales are the goal for many advertisements, this is especially true in exploitative food advertisements.

I remember seeing commercials for Reese’s Puffs cereal as a kid. This specific commercial featured a famous, young actress, Brenda Song, talking to a friend. “So, Megan calls and tells me she’s eating Reese’s. I say, ‘Woah, you have candy for breakfast?.’ Megan says, ‘Not candy! It’s Reese’s Puffs cereal!’ Then Brenda makes a bowl of her own, swirling in the ‘peanut butter and chocolatey’ taste. Afterward, she says, ‘Reese’s Puffs are part of a good breakfast!’ This ad led children (like me) to believe the cereal was healthy and nutritious while tasting like candy. I remember seeing the cereal on the shelf at the grocery store, and I had to have it! I thought to myself, “Brenda Song eats this cereal, so I should eat it too!” Imagine how many children begged for that cereal without realizing the unnecessary additives, low-quality ingredients, and excessive sugars that were inside every bite.

Younger generations are particularly susceptible to succumbing to advertisements that include a celebrity or a popular cartoon character. Examples like this are one of the many reasons for increased rates of childhood obesity today, although, some children may be overweight due to genetics or external factors like health conditions. Each potential cause influences the other.

Obesity rates in children are climbing— nearly tripling within the last quarter-century— with more than 50 million youths now overweight in 2021. Today, children spend an average of 44.5 hours per week in front of the TV, leaving little time to be active. No wonder childhood obesity rates are shooting through the roof! Nearly 3 out of 4 televised food advertisements fall into the unhealthy food category, with children seeing these ads approximately 10-13 times each day. Children are seldom exposed to advertisements for healthy foods on children’s channels. This needs to be changed.

It is difficult for young children to understand the persuasive intentions behind food advertisements. Older children may be aware of the ad’s intention to sell a product, but usually do not realize that these ‘fun’ and ‘popular’ foods are not healthy. Children can remember specific content from the ads, like the face of a celebrity or character, as they see the food item in grocery stores or pass by a fast-food restaurant. This affects children’s product preferences and their purchase requests, which in turn influences their parents’ purchasing decisions, leading to poor eating behaviors.

The food and beverage industry often points fingers at the parents, blaming them for their irresponsibility in controlling their children’s diets and eating behaviors. Parents do hold the responsibility for their children’s habits and lifestyle behaviors; however, the explosion of digital media has made it difficult for parents to limit their children’s exposure to harmful food advertisements. This leaves parents struggling to convince their children to eat healthy foods instead. Many households choose to buy packaged items like frozen chicken nuggets and packaged cookies over whole food items like fresh produce and grains not only for the convenience and low cost, but because it is the only food that their child will eat.

How Can Harmful Foods be Eliminated?

Developing poor eating behaviors or becoming obese in the early stages of life may lead to many health conditions. Due to this risk, countries like the UK and Sweden have adopted new regulations to restrict the airing of advertisements that contain foods with high fat, sugar, or salt content (HFSS). The UK is unable to show content that includes products with HFSS on channels with more than 25% of viewers under the age of 16, only allowing such advertisements to air between 9 pm – 5:30 am. The goal of this tactic is to limit unhealthy food advertisements to specific age groups who may be old enough to understand the complications behind consuming excessive amounts of harmful foods. These measures were put in place to help tackle childhood obesity and improve children’s diets.

As children are spending more time online, they may be further exposed to unhealthy advertising. It is important for the government to protect vulnerable children and their eating habits from tempting advertising tactics that may affect their health as they get older. Indulging in food is a natural response to the persuasive techniques of food advertisements, so limiting these ads to specific age groups and viewing times will encourage healthier eating, while aiming to decrease the number of obese children in the future.

If your child or teenager struggles with their weight or is becoming obese, talk to a trusted healthcare provider for assistance in resetting your child’s eating habits. And lead by example! Eating healthy foods so your child can follow in your footsteps whiling giving them the care that they need to stay healthy will set them up for a successful future.

We hope that this information on food advertisements affecting children is helpful for you.