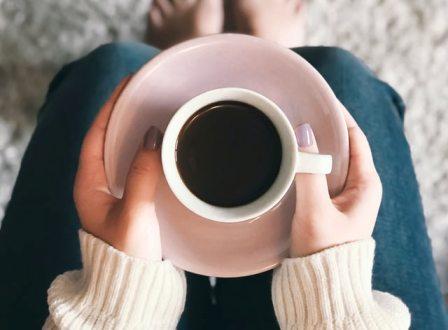 Most people know that drinking coffee before bedtime will negatively affect the quality of your sleep. It’s no wonder, then, that the idea of drinking coffee directly before taking a short nap sounds ridiculous; however, the science behind “coffee naps” is enough to convince anyone to try it once.

What is a coffee nap?

A coffee nap consists of drinking one to two cups of coffee directly before taking a 15 to 20-minute nap. They’re thought to fight midday drowsiness better than a nap or a cup of coffee, individually, due to the combined effects each has on adenosine, a neurotransmitter that affects sleep.

The idea behind a coffee nap is relatively simple: it takes approximately 20 minutes for caffeine to pass through the stomach and small intestine, into the bloodstream, and reach the brain. Since sleep causes adenosine to dissolve, napping during this short period eliminates a large percentage of the adenosine in your brain. With more caffeine molecules than adenosine molecules, your brain processes more of the caffeine, allowing you to feel more recharged than if you had chosen to only drink coffee or nap.

A group of researchers at Loughborough University in Loughborough, England conducted studies where they put tired participants behind the wheel of a driving simulator for two hours. In one study, the researchers found that participants who took a 15-minute coffee nap made fewer mistakes than those who had only had coffee, napped, or had been given a decaffeinated placebo coffee. In a second study, these same researchers found that 91% of participants who took 200 mg of caffeine and a 15-minute nap felt more awake behind the wheel than their counterparts.

How can I try a coffee nap?

If you want to give coffee naps a try, be mindful about the time of day, how much coffee you drink, and what you mix in it. Studies have shown that coffee consumption within the six hours before bedtime contributes to disrupted sleep. Another study tested the effects of varying caffeine amounts on sleep and found that more than 200 mg of caffeine can also lead to disrupted sleep, while anything less than 200 mg proved less effective in energizing participants. It is also important to note that any sugary add-ins may cancel the effects of a coffee nap and make you crash, so it is best to drink it black.

The optimal coffee nap, then, would consist of consuming two cups of black coffee at least six hours before bedtime and then taking a 15 to 20-minute catnap. A nap lasting longer than 20 minutes may put you in slow-wave sleep, a deep sleep that is harder to wake up from. Those waking up from slow-wave sleep may experience sleep inertia, a state of disorientation that may make them feel more tired than they were before falling asleep.

Empower wants to help you get the best insurance for your needs and the most for your money. We want to help you stay on top of your health.
Give us a call at (844) 410-1320.