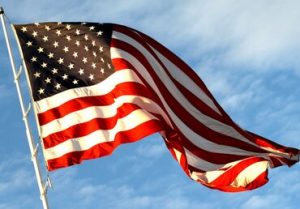 A Look into the History of Insurance in the US

Some things have felt like they always existed, insurance being one of them. However, just like all things, it had to have its start somewhere. We will be taking a look into the history of insurance in the United States.

The first type of insurance that was established was home insurance. In the 18th century, citizens of Philadelphia were very worried about house fires. They had good reason as their houses were made of wood and within close proximity to each other. As a result, Benjamin Franklin and his associates created the first insurance company, the Philadelphia Contributionship for the Insurance of Houses from Loss by Fire, in 1752. They would send out an inspector to determine the insurability of the house. It had to be made of brick, not wood, and could not have trees in the front as the fire hoses at that time would not be able to reach around them. If the homes were insurable, they would decide on a rate and draw up a seven-year renewal contract.

Next came life insurance. Benjamin Franklin along with the Presbyterian Synods in New York and Philadelphia created the first life insurance company called the Corporation for Relief of Poor and Distressed Widows and Children of Presbyterian Ministers, which would be shortened to the Presbyterian Minister’s Fund, in 1759. There was some hesitation by the church because they did not agree with putting a dollar amount on a person’s life. But they were calmed once they realized it would help widows and orphaned children.

Medical insurance was established in 1850 by Franklin Health Insurance Company of Massachusetts. Their policy was only meant to cover injuries that occurred while traveling and they would not take care of medical costs. All they would cover was wages that were missed while the policyholder was recovering from injury or sickness. Pretty different than the policies we have nowadays.

Then we have auto insurance, which was first given in 1898 by Travelers Insurance Company. Their first policy was sold to a doctor named Truman J. Martin. Additionally, Massachusetts was the first state to require a vehicle to be insured before they could get their registration. It would be over 30 years before another state enacted the same legislation.

The insurance industry will continue to change with the times, but one thing will remain constant. Insurance offers protection and comfort for some of the hardest times in life.

We hope this information on history of insurance in the US is helpful.