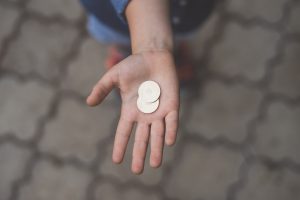 New York Life In Talks With Cigna To Purchase Units Of Cigna Corp.

Talks have emerged about New York Life Insurance Co. interested in purchasing units of Cigna Corp. The deal would allow NYL to purchase units that sell nonmedical insurance products to employers being estimated at around $6 billion. Over the past few months Cigna, in fact, has been searching for someone who sells life, accident and disability-income insurance to employers for their workers, to buy this unit. This buyout would allow Cigna to focus on its core business goal which is most notably its Medicare business. NYL isn’t the only one interested including MetLife as well as Sun Life Financial. Though the companies have shown interest, it still seems like NYL is the top contender, aiming to have a deal by the end of the year.

New York Life is one of the nation’s financially strongest life insurers. The company is also one of the oldest life insurance companies but being around for 174 years. The company is owned by policyholders and is considered a mutual, who doesn’t trade publicly.  Being in a competitive marketplace it is trying to find a way to better market itself better in a field of retirement-income & annuities. The purchase of Cigna would instantly put NYL into the top five of the market share for selling nonmedical insurance for employers. NYL was worth around $25 billion at the end of 2018 and the purchase of the Cigna Unit would only increase that. According to Ted Mathas, the buyout would allow NYL to diversify operations, including acquisitions to broaden the reach of its investment arm. It also allows the company to build other businesses in correlation to its retail insurance operations.

How The Buyout Benefits Cigna

The ability to help Cigna manage its core business module will come as a relief to Cigna. In its recent purchase of Express Scripts, Cigna has big plans for the business. The buyout of the unit would also help pay off the big income blow of $39 billion. With Express Scripts being considered the largest PBM, Cigna’s hands are full implementing the company into its business model.