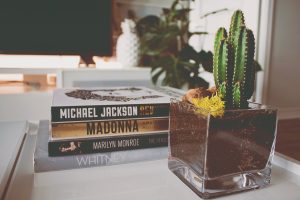 Think about a physical feature that you’re most attached to. Whether that’s your eyes, hair, or even fingers, ask yourself this: What would you do or how much would you spend to protect that part of your body? Some of our favorite celebrities have actually insured some of their body parts that have made them famous. So how much do these policies go for? What are these celebrities even insuring? Today, I’m going to go over some of the biggest insurance policies for the most random body parts of your favorite celebrities.

One of the first insurance policies of celebrities dates back to the 1920’s with Ben Turpin. He insured his trademark crossed-eyes just in case they ever uncrossed. Since then, celebrities have been insuring their most notable features.

Let’s start off with a name football fans all know and love – Troy Polamalu. After gaining popularity on the field for his performance and off the field for his Head and Shoulders endorsement, Polamalu insured his signature hair. Not having cut his hair in over 10 years, Polamalu was able to take out a $1 million policy.

Another famous celebrity that we have all likely seen on the big screen, Julia Roberts, has also taken out an insurance policy. Known for her beautiful smile throughout Hollywood, Roberts insured her teeth for $30 million. For the same $30 million price, Bruce Springsteen, author of Badlands and Born To Run, took out an insurance policy on his voice. After winning 20+ Grammy’s wouldn’t you insure it?

If these prices seem high, then prepared to be blown away by Mariah Carey. After winning the title Leg’s Of A Goddess, Mariah Carey took out a whopping $1 billion policy. Last but not least, Shirley MacLaine might have one of the weirdest policies I have heard of – alien coverage for $25 million.

Most celebrities are insured by Lloyds of London (LOL) who specializes in insuring celebrity body parts. From Jamie Lee Curtis to David Beckham and even Mary Hart, LOL insures them all. No matter how crazy, LOL will insure celebrity trademark features. One of the most odd body parts that has been insured by not one but three celebrities is the tongue. After her performance in 2013, Miley Cyrus insured her tongue for 1 million dollars. A food critic from Britain, Egon Ronay, actually insured his taste buds for over 2 million dollars. Don’t forget Gene Simmons, the front-man of the band KISS! Remembered for his notoriously long tongue that he always stuck out, Simmons insured it for $1 million.

There are even wilder insurance policies not talked about in this article but you can check out those here.