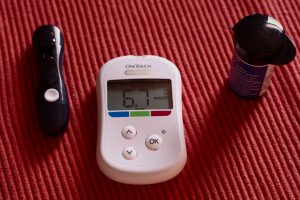 Health Insurance Company, Cigna, announced a new program that is sure to perk the ears of those with diabetes. Announcing on Wednesday, Cigna plans to launch a new system that will cap out-of-pocket expenses at $25 for a 30-day supply of insulin. This out of pocket cap is almost half of the price compared to last year where patients paid an average of $41.50 a month. Being coined, The Patient Assurance Program, those on non-government-funded pharmacy plans managed by Express Scripts, including Cigna. Last year Cigna purchased Express Scripts the US’ largest pharmacy benefit manager. The purchase strategically was seen as a boost to Cigna plans, but this is the first act announced on how the plans could change.

Why Insulin is Needed

The release of the PAP comes after an announcement from the US Food and Drug Administration that they intend to bring more competition to the insulin market. Commissioner of the FDA stated the FDA would change how insulin is regulated in order to enable products that are biosimilar to (or interchangeable) insulin to come to market. The price for Americans to buy insulin on average has tripled between the years 2002 to 2013. Insulin is a peptide hormone produced by beta cells of the pancreatic islets; it is considered to be the main anabolic hormone of the body. Those with type 1 diabetes cannot produce insulin due to beta cells in their pancreas being damaged or destroyed. Without these cells, our bodies have no way of regulating levels of glucose in the blood.

Around 30.3 million people in the US have diabetes. Accounting for almost a 10th of our population, costs for insulin averages around $5,705, per year according to a survey. Compared to the US, other countries’ insulins cost is about a sixth of the price. Due to multiple reasons such as suppliers consisting of manufacturers, wholesalers, PBM, and pharmacies, there is no real competition. With the FDA’s announcement and Insurance Company, Cigna recent report insulin users should see a drop in the near future.

Since insurance is oftentimes overwhelmingly confusing, we want to shed light on this industry by answering YOUR questions.  If you have any questions or concerns, comment below and your question may be the topic of our next video!