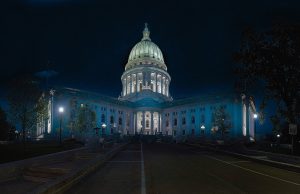 Government Re-Opens after Short Shutdown with a New Funding Bill

Last week the looming government shutdown was stopped with a short-term bill. This is the second time in the last 2 months that a shutdown was a very real possibility. The bill, coined the funding bill, was approved by the Senate and shortly afterward the house. The bill’s contents held increases for both military and domestic funding as well as extended the Children’s Health Insurance Program. Besides these major deal breakers, there are other things included in this bill. Today, I will be going into a brief summary of the funding bill and what you should know!

What Is in the Funding Bill?

With a vote of 71-28, the senators were able to approve the bill, but the chamber was not able to do it fast enough. This ended up causing a brief shutdown Friday at midnight. The vote will extend the current federal funding to March 23, hopefully giving enough time to create a long-term plan. The fight for a defensive spending budget increase was finally won with a $165 billion increase. A $131 billion increase in domestic program spending was also included in the bill. The funding bill also extends the debt ceiling.

Ninety billion dollars in funding will go to fighting natural disasters, as well as the fight against opioids. There was also an extension in the CHIP program for four years, creating a 10-year coverage. Funding wasn’t stopped there, two years of funding was awarded to community health centers. There were also extensions for programs, such as transportation, drinking water, and broadband.

What Is Next for the Budget?

The only obstacle remaining for the bill was getting passed through the house, which narrowly happened on Friday. Although this ended the shutdown for a few weeks, both parties still have a lot of kinks to work out, including coverage for Dreamers – those temporarily here with the right to live and work in America. The topic of protection of Dreamers has really been one of the reasons Congress hasn’t been able to pass a final budget because Democrats are demanding help for those lacking legal immigration status. With over 700,000 Dreamers who may get deported, Democrats will not move until a solution can be made. This is the fifth temporary funding measure since October 1 and will be voted on again on the 23rd. With so many temporary fundings, we can only hope that Congress has a full plan by the time they return to vote.