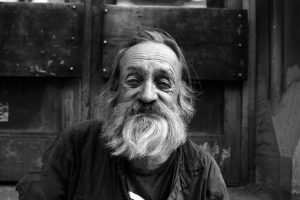 Life Expectancy in the United States Compared to Other Countries

Though it might bewilder some, the life expectancy in America isn’t getting any higher. What could be the cause of this with our enormous amount spent on healthcare? What are other countries with a higher life expectancy doing that we aren’t? Is there a way to add as many extra years to our lifespan as possible?  Today, we will cover this as we take a look at the life expectancy of an average American.

The average life expectancy for an American varies on sex. On average, men live to age 77, and women live to about 81 according to https://www.statista.com/statistics/274513/life-expectancy-in-north-america/. Compared to other countries, the American lifespan is in the top 30. With countries, such as Japan who leads nations with a life expectancy average of 83 or even our neighbors up north whose average is 82.2, the gap is big for the United States. With a total of $3.2 trillion spent on healthcare alone in 2015, we can only expect that number to increase. US life expectancy in the 1900’s was around 47, which is a huge jump compared to today. It is important to note that the speed of growth has dwindled. An average American spends around $8,233 dollars per year on healthcare, is it worth it?

Our hospital bills come from a multitude of factors, such as higher costing medicine, tech equipment, and easy access to doctors. This, along with a standard health insurance plan covering the 10 essential benefits, has caused our health prices to skyrocket, while life expectancy moves up at a slow rate. Our life expectancy is also lowered due to certain habits that risk death. Smoking, for example, is a habit many citizens partake in causing higher chances of developing cancer, which can end your life. Obesity, a result of the fast food consumed in the United States, has lowered our life expectancy average  High body mass index, high blood pressure, high blood sugar, insufficient exercise, and alcohol use all have created a shorter life expectancy for Americans.