Skip to content
Home » Health » DNA: Facts about the Key to our Genetics 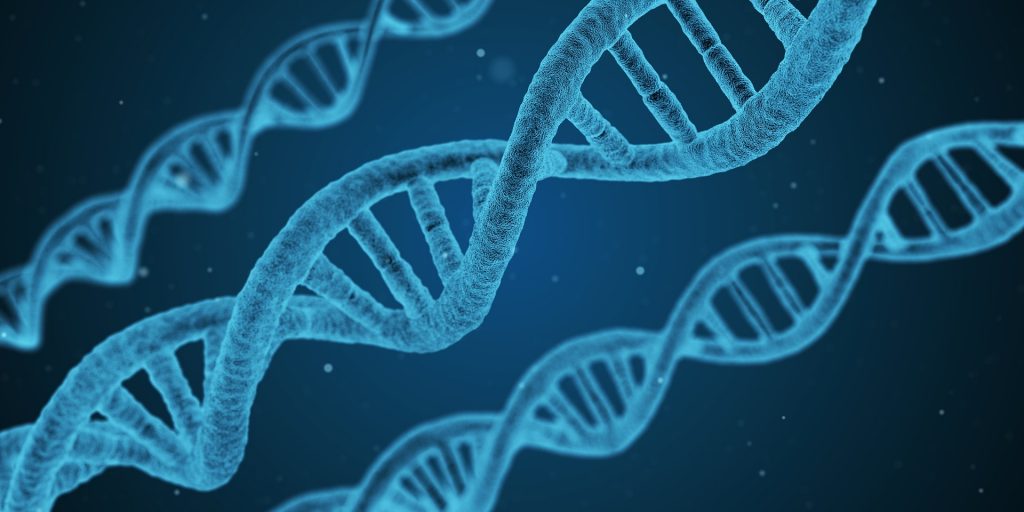 Have you ever wondered what makes you, you? What inside yourself makes you completely different from anyone else on this planet? Have you heard of deoxyribonucleic acid? Deoxyribonucleic acid, otherwise known as DNA, is a long molecule that contains our unique genetic code. Like a recipe book, it holds the instructions for making all the proteins in our bodies. So what functions does the DNA have in our bodies? Today, I’m going to go over some very interesting facts about deoxyribonucleic acid that might answer some of your questions.

DNA is known for coding all the information that makes up an organism. Deoxyribonucleic acid does all of that while only being built of four building block nucleotides: adenine, guanine, thymine, and cytosine. It is capable of replicating or duplicating itself. In other words, it can make an identical copy of itself, which is essential during cell division.

Fun Facts: Interestingly, humans are also genetically similar to a number of other species:

That’s right. Over half of our genetic makeup is the same as a banana. Isn’t that crazy?!

If we could put all our DNA molecules in our body from two ends, our DNA would be able to travel from the Earth to the Sun and back about 600 times. With 1 single gram of deoxyribonucleic acid, it is capable of holding up to 700 terabytes of storage.

A parent and child share a similar percentage of deoxyribonucleic acid. In fact, we share 99.5% of our DNA with our parents. The human genomes code is very complex. The amount of time it would take a human to type out the code would take about 50 years. This is while maintaining a 60 word per minute 8 hours of the day shift.

DNA is very fragile. Thousands of different things can happen to cause errors in the deoxyribonucleic acid. DNA in the human body encounters errors about 1,000 to 1 million times every day. These errors could happen at any time during transcription by receiving damage from ultraviolet light, cigarette smoke, coal, oil, and plenty more. Deoxyribonucleic acids can repair damages, but those that remain are mutations. Typically, these mutations cause no harm. However, some can cause diseases like cancer.

DNA is pretty cool and our body does things to make sure we stay healthy. Make sure you do your part by having health insurance.