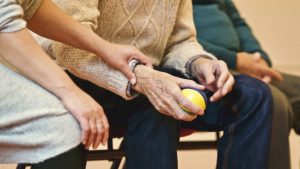 The government is cooking up a new health care reform. While we wait to see what’s next enacted, let’s review the previous reform enacted in 2010 the Affordable Care Act.  The ACA had 3 primary goals: To make affordable health insurance available to more people. The law provides consumers with subsidies (“premium tax credits”) that lower costs for households with incomes between 100% and 400% of the federal poverty level. It also had in its agenda to expand the Medicaid program to cover all adults with income below 138% of the federal poverty level. (Not all states have expanded their Medicaid programs.) Lastly, it Supports innovative medical care delivery methods designed to lower the costs of health care generally.

The ACA or Obama care also has its pros and cons. One benefit of ACA is that it requires all insurance plans to cover 10 essential health benefits, which allows more people to have broader plans. It also eliminates lifetime and annual coverage limits. Another benefit allows young adults up to the age of 26 stays on their parent’s health insurance plan. Lastly, insurance companies were no longer allowed to deny anyone’s coverage based on underwriting conditions and premiums were not allowed to rise.

Some of the cons that came about with Obama Care are that it taxed those who didn’t purchase insurance, which in the long run people chose to pay the tax instead of purchasing insurance. This caused Four million people chose to pay the tax rather than pay for coverage. The Congressional Budget to lose around $54 billion. It also causes pharmaceutical companies to pay a whopping $84.8 billion in fees in a span of 10 years. Since the price for insurance went up, anywhere from 3 to 5 million people lose their company offered plans.